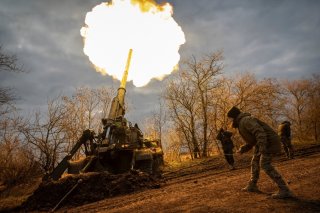 Russian defense minister Sergei Shoigu’s November 9 announcement that Russian troops would evacuate the city of Kherson and the right bank of the Dnipro River confirmed two things that everyone should have already known: that the war is going very badly for Russia and that—critically—nuclear weapons have no practical use.

After President Vladimir Putin’s September declaration that Kherson was Russian “forever,” it now appears that Russian forces are withdrawing to avoid isolation. This represents Russia’s worst military defeat since Afghanistan, ranking with Tannenberg and Tsushima as an historic humiliation. It is clear now that the conscription of 300,000 or more reservists did little to change the battlefield, other than to waste lives needlessly. It should also be clear that Russia’s much-vaunted military modernization over the past decade, accompanied by billions of rubles of additional spending, did little to address the systemic weaknesses of the Russian army and that bombing Syrian villages does not a modern army make.

More importantly, the recent turn of events along the Dnipro has demonstrated the total lack of utility of nuclear weapons. Russia has the world’s largest stockpile of nuclear weapons and almost all of the non-strategic, or “battlefield,” nuclear weapons in existence. Nevertheless, possession of all these weapons did not stave off a military disaster, and may have even contributed to it as Putin has in the past stated that modernization of nuclear forces, rather than conventional forces, was Russia’s highest defense priority.

Given the weight of the blow to Russian military prestige, it is possible, even likely, that if the General Staff in Moscow believed that employing nuclear weapons would make a difference, they would have recommended doing so. That they did not can be seen as an indicator that they were not perceived as providing a useful capability. It is also possible that the Kremlin judged that the costs of using nuclear weapons, in terms of additional sanctions and further isolation, outweighed any potential gains. The point remains that Russia’s nuclear strength was unable to avert defeat.

Similarly, Moscow’s preferred “diplomatic” tactic, the nuclear threat, was ineffective in keeping Kherson in Russian hands. Although the West has been effectively deterred from providing Ukraine with more advanced weapons such as longer-range missiles or modern aircraft, the implied threat to defend the recently annexed areas, including Kherson, has proved hollow. Should the pattern hold, and Putin’s efforts to use nuclear blackmail as a tool to achieve policy objectives fail, it will remove an emerging justification for acquiring nuclear weapons and highlight that whatever advantages there may be from such weapons fall far short of the costs.

It should be clear that this may create an opening for a constructive approach to a new generation of arms control. If nuclear weapons are unable to prevent military defeat, do nuclear powers need so many? At a minimum, governments should discuss the elimination of battlefield weapons now that they have been shown to have no role. Good arms control is never easy but drawing the right lessons from the tragedy in Ukraine could put it back on track.

John Erath is the Senior Policy Director at the Center for Arms Control and Non-Proliferation, and a thirty-year veteran of the State Department, where he focused on arms control and non-proliferation issues.