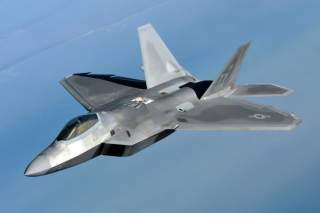 When Western nations imposed economic sanctions after Russia’s annexation of Crimea in 2014, Moscow had an answer: Russia would substitute domestic products for foreign imports.

But Russia’s defense industry is still using imported parts despite the government ban, according to Russia’s top prosecutor.

“Import substitution in the defense industry remains a problem," warned Prosecutor-General Yuri Chaika. "Instances of non-compliance with the ban to purchase foreign equipment whose counterparts are manufactured in Russia continue to be revealed."

“In the framework of import substitution in the defense industry, it is vital to ensure compliance with the deadlines for replacing components,” said First Deputy Prosecutor General Alexander Buksman. “Raw and [other] materials produced by NATO countries and Ukraine, used to manufacture machines, arms, military and special equipment, prevent non-compliance with the ban on the budget-funded purchase of foreign equipment, analogues of which are produced in Russia.”

Unfortunately, the problem is that equivalents to Western goods are often not produced in Russia. “Russia produces few high value goods that can compete with imports,” noted a 2017 Moscow Times article. “Thanks to oil inflating the value of the ruble it has always been cheaper and easier to import finished goods than go through the process of investing money into expensive production and development lines that produce goods that are, at the end of the day, inferior to the imports.”

In Soviet times, Russia was notorious for stealing Western technology, or reverse-engineering imported Western goods (as China does today). The issue became so worrisome that in the 1980s, the Reagan administration began a covert program to deliberately send defective computer chips and other hardware to Russia in the hope that Soviet copies would be crippled.

The Russian government has tried to portray import substitution as a success. For example, in March 2019, Deputy Prime Minister Yuri Borisov claimed that Russia had been able to devise domestic replacements for American materials used in the wing of the MC-21 airliner.

Some Western experts say that sanctions have actually stimulated the Russian economy in areas such as agriculture. Yet others – including Russian experts – warn that sanctions are taking a bite out of Russia’s sluggish economy, which may grow as little as 1.2 percent in 2019.

Some industries, such as machine-building and metalworking, are more than 90 percent dependent on imports, Russian economist Andrei Kolganov told the Regnum news agency.  “In fact, all numerically controlled machines and almost all industrial robots are imported. There is no mass production of industrial robots in the Russian Federation. Only experimental. A few years ago, the last workshop that made industrial robots closed. For other types of equipment import dependence from 60% to 80%. This applies to chemical, printing and textile equipment.”

To be fair, Russia is hardly the first nation to pursue autarky, or economic self-sufficiency. Nazi Germany tried it, with some success in looting raw materials from conquered Europe, or developing synthetic oil to replace imported petroleum. But the Nazi economy was still hampered by lack of materials that could not be substituted.

The Buy American Act, which mandates that federal agencies favor U.S.-made goods, has been around since 1933. President Trump’s tariffs will help some American industries against Chinese imports (though hurting other industries and raising consumer prices).

Still, successful autarky requires a nation that can manufacture domestically much of what it needs. Which seems to be a problem for Russia.