Russia’s Misinformation Machine Paves the Way for the Idlib Offensive 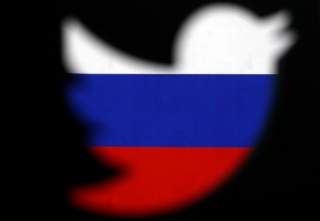 Late in August 2018, Russian and Syrian media outlets reported claims by Russian defense ministry spokesman Maj. Gen. Igor Konashenkov that “English-speaking specialists” had allied with rebels in Syria to stage a false chemical attack on the town of Kafr Zayta. Supposedly, this would justify Western intervention against the forces of Bashar al-Assad.

Hezbollah leader Hassan Nasrullah, an ally of Assad, claimed: “All evidence suggests preparations are underway for a new chemical scenario in Idlib.” Sputnik News quoted an expert claiming that the British mercenaries of the ‘Olive Group’ were cooperating with the White Helmets (a rescue group sympathetic to the rebels) to prepare the false flag attack, which would be followed by a missile strike by the destroyer USS The Sullivans.

Furthermore, Virginia State Sen. Richard Black, upon having met with Assad, told the Washington Post “From what I can tell, they have been planning a fake attack, not a genuine one, but one where they actually move people out of a town and they have trained people to portray victims of a gas attack.” On September 12, the outlet Veterans Today obligingly claimed that ‘filming’ of the false terrorist attack had begun Wednesday.

Behind all of these false and sensational claims is a coordinated effort by Russian information warriors to ‘soften’ and mold international opinion in advance of a Syrian government offensive which is likely to cause heavy civilian casualties. If the last few years have proven anything, it is that a barrage of deceptive online propaganda has become as much a standard aspect of Russian military operations as preparatory bombardments by Grad rockets and D-30 howitzers.

The Looming Battle for Idlib

Since late 2015, the intervention of Russian warplanes, helicopters, missiles, and artillery have allowed Bashar al-Assad’s beleaguered government to systematically crush non-ISIS elements of the Syrian opposition—starting with a bloody battle that drove rebels out of the city of Aleppo. Meanwhile, U.S. airpower and special forces allied with Kurdish militias in sparsely populated eastern Syria tackled the greater part of the ISIS threat.

On multiple occasions, Syrian rebels in besieged cities cut deals with Assad to reduce casualties for civilians and combatants alike by agreeing to abandon strongholds in Hama, Aleppo, and Ghouta (Eastern Damascus) in exchange for safe passage by bus to the rebel-held province of Idlib. Several of these deals were brokered with the intervention of Turkey, coinciding with improved relations between Ankara and Moscow.

Now, however, Idlib remains the only major territory under control of anti-Assad-rebels—and despite the earlier safe passage agreements, Assad is ready to crush it and consolidate control of all of populous Western Syria.

The Syrian oppositions groups are not all on friendly terms with Western governments, with roughly sixty percent having been consolidated under the leadership of Tahrir al-Sham (HTS), a rebranded Al Qaeda franchise formerly known as Al-Nusra. However, there are also many anti-Assad civilians that have fled to Idlib, fearing arrest and torture if they stayed in government-occupied territories.

The United Nations has expressed concern of the humanitarian catastrophe likely to ensue, both because of Syria and Russia’s history of deliberately targeted civilians in rebel-held areas, but also because there are few obvious places to flee for ‘safe passage.’

Nonetheless, Assad has begun building up ground forces and airpower in advance of the campaign, including Tochka ballistic missiles and the elite Tigers Force unit. Furthermore, Russia dispatched a large flotilla of thirty ships supported by bombers and patrol planes for an ‘exercise’ in the Mediterranean likely intended, at least in part, to support the Idlib campaign. The deployment of the flotilla around waters from which U.S. ships have previously launched attacks on Syria suggests it may be intended to block or complicate future U.S. missile strikes.

Earlier, Turkish ground forces entered the region north of Idlib in a campaign targeting Syrian Kurdish fighters. However, Ankara is sympathetic to the anti-Assad rebels, and has threatened that Turkish troops may intervene to support them if Assad reneges on the safe-passage agreements. Reportedly, Turkish forces have begun massing in the Afrin region for such a contingency.

On September 3, President Trump tweeted that it would be a “grave mistake” for Syria and Russia to “recklessly attack” Idlib—a strong statement given the apparent inevitability of the Syrian offensive. Subsequent statements suggested a more familiar trigger for retaliation—the use of chemical weapons. Moscow later shot back that Russian forces might attack a U.S. outpost in At-Tanf in eastern Syria if Washington launched new strikes.

In fact, the Wall Street Journal reported on September 9, 2018, that Assad had authorized the use of chlorine gas in Idlib. Though a deadly chemical weapon, chlorine is more widely available and less lethal than nerve agents like sarin, so for years Assad’s helicopters have lobbed canisters of chlorine gas on rebel-controlled communities without international retaliation. However, on April 7, 2018, a chemical weapon of unknown type killed around fifty people in Douma, Syria inciting a retaliatory U.S. attack. A UN commission later determined it was likely a chlorine bomb.

With this context in mind, the coordinated effort by Moscow to promote conspiracy theories of false flag chemical attacks in Syria has two parts. First, Russia has a long tradition of trolling victims of atrocities by claiming they are the authors of their own suffering (“they bombed themselves!”), and second, such propaganda is intended to plant a ready counter-narrative should Syrian forces employ chemical weapons in Idlib.

Sure, such conspiracy theories are easily debunked, but they muddy the waters and force even neutral publications to air a ‘competing narrative’ and leave the public feeling cynical. Simply by parroting out a few easily disproven conspiracy theories, Moscow can make even the most brazen violations of international law become a case of ‘He said, she said’ in the eyes of the international public.

Even if the lies are later conclusively disproved, or confessed—such as when Putin admitted to dispatching Russian special forces to seize the Crimean peninsula after insisting for months it was an uprising by local militants—that will likely occur long after Moscow has seized the tactical advantage and impeded the reaction of its adversaries. So far there has yet to be a long-term price for such consistent mendacity.

However, a significant portion of Russian propaganda is couched in messages deliberately aimed at stoking the passions of far-Left and far-Right groups in Western countries. The contradictory nature of this outreach is indicative of the authenticity of the sentiment behind it, but ideologues of both stripes may hold in common a desire to destabilize Western hegemony and the liberal international order more broadly.

Appeals to the Left are couched in anti-war sentiment and depict U.S. military campaigns as founded on imperialistic domination and capitalistic profiteering. Reports of chemical attacks by Syrian forces are dismissed as false flags perpetrated by the bloodthirsty militarists in Washington, who after all, invaded Iraq in 2003 based on inaccurate claims of chemical weapons. Some old-school Leftists perceive any action by Washington as intrinsically malevolent, while reflexively excusing brutal actions by Putin, Assad and Kim Jong-un as the deeds of plucky upstarts resisting Western bullying. A key tactic is ‘whataboutism’—deflecting criticism by changing the subject to the West’s many past misdeeds.

Appeals to the Right play upon Islamophobia and nationalism, attempting to incite contempt between NATO or EU allies—with the aim of fostering more Brexit-like schisms—while glorifying Putin as a masculine champion of “traditional” Christian civilization opposed to “decadent” feminism and LGBT rights. Fear of Muslim refugees (many of whom are fleeing the use of Russian weapons in Syria) is also emphasized, both to heighten internal and external political divisions in Europe, but also to support the argument that if only Europe supported Assad’s brutal campaigns, the refugee crisis would come to an end.

Some of Russia’s endeavors have gone well beyond propaganda warfare. Moscow has cultivated far-right and far-left political parties in Europe, an investment which can pay rich dividends if it results in a Moscow-friendly political party acceding to the halls of power—as has already occurred in several countries. In the United States, Russian trolls of the Internet Research Agency even used Facebook to organize left-wing protests against police violence—and then separately organized right-wing counter-protests!

Despite the inconsistent ideologies exhibited by Russian propaganda, intended audiences on social media will likely only be exposed to messages that fit their political views and trust their accuracy over more neutral and widely respected outlets. Because these messages validate preexisting worldviews, they are more trusted than media sources that challenge ideological assumptions.