Russia and China Have Made the Mediterranean a Priority, Will the United States Rise to the Challenge? 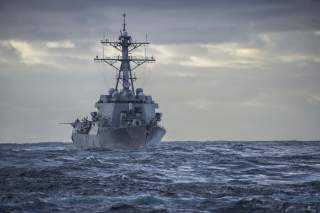 The United States and its NATO allies are increasingly challenged in the Mediterranean region by recent moves from the top two major threats in the 2018 National Security Strategy (NSS). From Russia’s deployment of warships off the Syrian coast to China’s offers of infrastructure and financial lifelines to vulnerable European economies, the United States will need to refocus its efforts as a resurgent Russia and a rising China make clear moves to be seen as respected global powers in the Mediterranean region.

The Mediterranean remains the economic and strategic crossroads of three continents. Access to the Mediterranean Sea means access to the world, and Russia and China are seeking to gain veto power, via geopolitical and geo-economical influence, over other nations’ economic, diplomatic and security decisions. Reaching the Persian Gulf from the East Coast of the United States through the Mediterranean Sea and the Suez Canal, for example, is shorter compared to the West Coast of the United States across the Pacific and Indian Oceans. The threats, then, are twofold. First, Russia and China have begun to sew instability in the eastern Mediterranean that concerns U.S. allies and partners, as well as U.S. economic interests. Second, Moscow and Beijing seem to be betting that the Mediterranean is an ideal choke point to challenge U.S. policy far and wide, including the United States’ ability to respond to threats from Iran or from violent extremist organizations (VEOs) in the Middle East and North Africa.

Under the auspices of maintaining Middle Eastern stability, Russia has actively blocked UN involvement in the Syrian Civil War. In cooperation with Syrian president Bashar al-Assad, Russia has conducted frequent offensives against the Islamic State (ISIS) and Russian president Vladimir Putin went as far as to say “The fact that we defeated ISIS…is extremely important for Syria, Russia, and the entire world.” Russia’s feigned interest in assailing ISIS, whether sincere or as a leveraging tool, has given them the reins to position themselves as a necessary presence in the eastern Mediterranean. Russia’s support of President Assad has paved the way for the lease and expansion of Tartus Naval Base—Russia’s only warm water port.

Russia has also invested heavily in Greece, Cyprus, Egypt and Algeria in hope of expanding its military presence. Further, it is increasingly able to keep U.S. forces at risk with anti-ship cruise missiles, search radar and S-300 air defense systems in the northeastern Mediterranean. Russian defense minister Sergei Shoigu may have stressed that the “Mediterranean region was at the core of all essential dangers to Russia’s national interest.” However, he has positioned the country to project its naval forces back into the Mediterranean, waters it knew well during the Cold War. Russia conducted the largest naval exercise in the Mediterranean Sea since the fall of the Soviet Union on Sept 1-8, 2018, and now Russia said it has deployed its new frigate with long-range Kalibr cruise missiles to the Mediterranean Sea on November 5, a few months after Moscow had reinforced its naval forces off the Syrian coast.

At the same time, President Xi Jinping has overseen massive reforms since becoming China’s Paramount Leader. Fundamental to his economic vision for China is the Belt and Road Initiative, what he calls “a bid to enhance regional connectivity and embrace a brighter future.” The acquisition of ports in Greece, Egypt, Algeria, Turkey and Israel seem to spell out China’s power projection in the region. The significant bilateral trade opportunities as well as infrastructure projects that will arrive out of a Chinese presence will provide the eastern Mediterranean an alternative to cooperation with Americans diplomats. The Chinese alternative promises quick results and less fuss over contracts and transparency than typically found in the West. This is threatening to long-term American interests in the region, as President Xi’s willingness to cooperate financially with dictators could give strongmen the ability to rise to power without an American check.

Challenges in the theater have always been compounded by VEOs, and an Iranian regime that both covertly and actively funds them. The ayatollah of Iran has consistently taken steps to preserve his regime, and further his long-term desire for regional supremacy. The regime’s investment in the region can be measured by blood in Syria; military build-up year-to-year; and funds for Hamas, Hezbollah and Houthi jihadists. Iran’s capabilities fluctuate, but their desire to oppose American interests at large has never waned since the 1979 Revolution. In turn, the terror of VEOs (including those not funded by Iran) have triggered mass migration of refugees. 100,000 asylum seekers and migrants have reached Europe so far this year across the Mediterranean and more than 2,000 have died trying. European security forces have sensibly prioritized ensuring dangerous actors do not enter the European Union; nonetheless, the financial burden has taken a toll on southern NATO countries with coastlines in the Mediterranean.

The United States will need to use all its resources—diplomatic, information sharing, military cooperation and economic investment—in the Mediterranean region as Russia and China make the sea and Europe a priority. Washington can begin by maintaining a constant carrier strike group presence in the region, by increasing military-to-military interoperability exercises and training and by developing key leadership engagements with partners and potential friendly nations in the region.

Whichever direction the United States takes in the eastern Mediterranean, geopolitical adversaries will not wait for American partisan disputes to resolve themselves. Russian and Chinese relative gains to date suggest they will pose significant challenges to American interests in the theater going forward, and Iranian and VEO opposition to the West look eager to solidify chaos and uncertainty in the foreseeable future.

Commander Tony Chavez is a navy federal executive fellow at the Chicago Council on Global Affairs. A decorated navy aviator, Commander Chavez has served in every U.S. Navy fleet throughout the globe.