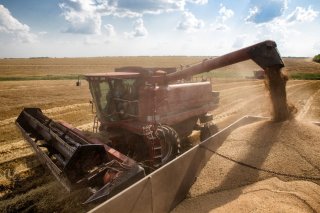 Russia’s ambassador to the United States, Anatoly Antonov, claimed on Wednesday that the West’s “unwise macroeconomic steps” in the run-up to the Ukraine war have exacerbated the global food insecurity crisis.

"Food security had been ruined for several years by unwise macroeconomic steps of the collective West fueled by the aftermath of the COVID-19 pandemic. In other words, problems emerged long before the beginning of Russia’s special operation in Ukraine," Antonov said through an embassy press statement, adding that "Russia remains committed to its obligations on international contracts regarding export supplies of agriculture products, fertilizers, energy and other important goods."

UN Secretary-General António Guterres warned earlier this week that the Russian invasion of Ukraine, referred to by the Kremlin as a “special military operation,” has amplified the food insecurity woes being driven by climate-related disasters and the COVID-19 pandemic. Ukraine and Russia “produce almost a third of the world’s wheat and barley and half of its sunflower oil,” said Guterres. Russia and Belarus, meanwhile, are the world’s second and third largest producers of potash, a key fertilizer ingredient. Minsk, a close military ally of Moscow, has fallen under many of the same sanctions as its Russian counterpart for its role in providing logistical support to the Russian forces that invaded Ukraine from the north.

In a speech given on Wednesday at the Food Security Ministerial, Secretary of State Antony Blinken rejected the charge that Western sanctions are fueling food shortages. “Some have tried to blame the sanctions imposed … on the Russian Federation by the United States and many other countries for worsening this crisis. This is false,” he said. “When we imposed sanctions on Russia in order to end the war as quickly as possible, we deliberately and carefully created exceptions for agricultural goods and fertilizer. We’re working every day to get countries any information or assistance they need to ensure that sanctions are not preventing food or fertilizer from leaving Russia or anywhere else,” Blinken added.

Antonov said Western claims that "their bans do not cover supplies of food and fertilizers are deceit,” adding that "sanctions in the financial and transport areas directly influence the situation on global food markets."

Blinken called on the international community to “compel the Russian Federation to create corridors” so that food can safely leave Ukraine. “There are an estimated 22 million tons of grain sitting in silos in Ukraine right now, food that could immediately go toward helping those in need if it can simply get out of the country,” he said. It was previously estimated that over twenty million tons of exportable grain are sitting in Ukrainian ports that are blockaded by Russia’s Navy.