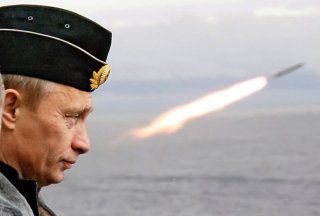 Russia’s new S-550 and S-500 missile defense systems will operate jointly to defeat threats to critical assets and infrastructure, according to a recent report.

“The S-550 system will not replace [the] S-500, because it is not more advanced than its predecessor. In fact, it is a slightly lighter version. The new system’s combat goals will differ from those of [the S-500] Prometei,” a source “close to the Russian Defense Ministry” told state news outlet TASS. The source added that the S-550 will join Russia’s growing network of echeloned air/missile defenses to provide effective coverage from short to very long ranges. “S-500 and S-550 systems will become a platform for the new air defense system, by protecting strategically important facilities from hypersonic targets. Combined with the S-350 Vityaz systems and short-range systems, they will be effective against all targets existing today,” the source said.

The S-550 is Russia’s latest missile defense system. It was announced on November 9 by Defense Minister Sergei Shoigu. “The head of state placed special emphasis on the importance of advancing the development of domestic air and missile defense systems, and the supply of S-350, S-500 and S-550 to the Armed Forces,” Shoigu said at a Defense Ministry conference, referring to an earlier meeting between Russian president Vladimir Putin and the country’s top military brass. Sergey Chemezov, the CEO of Russian defense-industrial giant Rostec, told reporters that the S-550 will boast extended target detection and missile ranges. It is unclear if Chemezov was referring to the S-550’s performance gains relative to the S-500, or to the older S-400 “Triumf.”

The S-500 “Prometei”' is a next-generation Russian missile defense system that entered service in September 2021. The system boasts an effective operating range of six hundred kilometers against ballistic missile threats and five hundred kilometers for area defense missions. Russian observers say the Prometei can counter hypersonic cruise missiles, unmanned aerial vehicles (UAVs), and advanced stealth bombers like the B-21 Raider. There will reportedly be a naval version of the S-500, but not the S-550.

TASS did not appear to prompt its source to clarify their usage of the term “lighter,” which they used to explain the S-550’s relation to its S-500 counterpart. The S-550 was previously described by Russian defense industry insider sources and military experts as an S-500 variant that is intended to counter intercontinental ballistic missiles (ICBM’s) and space-based threats.  Military expert Dmitry Litovkin told Russian state media that the S-550 may serve as a road-mobile “followup to the follow-up to the A-135 ‘Amur’ - A-235 ‘Nudol’ strategic missile defense system[s].” Russian media reports suggest that the S-550 is poised to become the world’s first road-mobile system capable of reliably intercepting intercontinental ballistic missiles.

Russia’s armed services are slated to receive their first S-550 shipment by 2025.