Russia-China Exercises in the Pacific Put Japan on High Alert 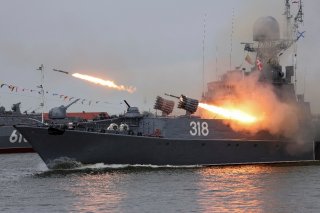 The exercise took place in the Sea of Japan, with Russian deputy defense minister Alexander Fomin saying, “The joint use of aircraft and warships by Russia and China was the main feature of the exercise,” according to the Russian state-sponsored TASS news service.

These naval drills were an extension of Vostok-2022, a large Russian exercise that recently took place on land and involved Russian and Chinese tanks, armored vehicles, and artillery carrying out what appeared to be a large-scale combined arms exercise.

Fomin further detailed the operation, specifying that it was centered on destroying ships, submarines, and air defenses, as well as drills against a mock enemy amphibious landing force. TASS reported that these drills aimed to bolster Russia’s defenses on its Pacific shores.

Certainly, Japan has been well aware of China’s threat from the sea, and it is now closely following Russian-Chinese cooperation in the Pacific theater.

“The country’s ties with Russia, an aggressor nation, have deepened in recent years, with joint navigations and flights being conducted in the areas surrounding Japan by both Chinese and Russian vessels and aircraft,” the Defense of Japan 2022 document says. “In the vicinity of Japan, Russia has made moves to strengthen cooperation with China, such as through joint bomber flights and joint warship sails involving the Russian and Chinese militaries, as well as moves to portray such military cooperation as ‘strategic coordination.’ These trends warrant concern and must continue to be closely watched in the future,” the document adds.