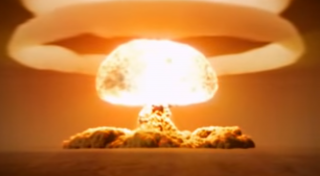 Key point: Moscow has a lot of Cold War bunkers, but they aren't all in good condition or sufficient against modern nukes.

According to Russia’s Ministry of Emergency Situations, in the event of a nuclear attack on Moscow, there is space in underground facilities for all of the population. While this is a very bold claim, Moscow is famous for the massive amount of bunkers it has available for Civil Defense (гражданской обороны) and the military. The average Muscovite usually has an odd story or two about how bunkers have popped up in their daily life. But what types of bunkers are there? How protected are they?

On the largest level, the bunkers in Moscow can be classified into four types: basement, metro, metro-2, and sphere. The first two types are largely used for Civil Defense. The last two are primarily used by military and government agencies.

The largest and most famous civil defense system in Russia is the Moscow Metro. The metro is specifically engineered to protect against nuclear attack, boasting not only depth but reinforcements on the tunnels and blast doors that allow for a total seal against blast pressure and fallout. These doors are usually restricted to the main stations, outlying stations may have less or no blast protection.

Newer stations are usually built with blast protection using modern military methods. Notably, the “Park Pobedy” station is built using armablocks and utilized upwards excavation for shafts. Normally, shafts are excavated downwards from the surface, but upwards excavation minimizes the likelihood of satellite reconnaissance finding the locations of shafts as the construction equipment and spillage cannot be seen if it is underground.

In addition to the metro, various other civil bomb shelters are dotted around Moscow. These shelters are usually fairly shallow and feature limited protection from the overpressure of a blast. Their presence is usually found by the presence of various chimneys and air vents that feed fresh air into these bunkers. Some of these shelters have been repurposed into businesses and parking lots. These are generally of the “basement” type.

Details for these bunkers are public knowledge, as there are documents describing the minimum specifications. All bunkers must be able to survive an airblast of up to one hundred kilopascal and have stores of food and water for two days. Air filtration systems also are standard. Power generation is also provided to run the air filtration and lighting systems.

After a period of stagnation, the government appears to be spending money on this aspect of the infrastructure again, with a program started in 2015 that builds or renovates old civil defense bunkers. Large-scale drills were undertaken in 2016, which involved over 40 million people.

Much less information is available on the military bunkers, but they tend to be deeper than the civilian bunkers. While military bunkers were first built in the “basement” and “metro” types (the Tagansky Bunker 42 complex is a good example of an early bunker in “metro” style), the military moved onto “sphere” and “metro-2” bunker types in the 1970s and 1980s.

The “sphere” style of bunker was developed as a way to improve the survivability of shallow bunkers since shallow bunkers are cheaper to build than deeper ones. To attain greater survivability, an outer bunker is made in the form of a sphere. This sphere is placed inside a shallow circular shaft. Shock absorbers are placed around the sphere connecting into an internal bunker. Those absorbers cushion the occupants from the shock waves of a nuclear explosion.

Other bunkers that use similar technology in which the central bunker is suspended on shock absorbers in a central structure might also be present, with various variations on the shape of the central bunker. “Cylinder” and “Nut bolt” (hexagonal) types are also rumored to exist.

The infamous “metro-2” bunker style is laid out similarly to the older “metro” style but is deeper underground for greater blast resistance and secrecy. It was said to be built in two phases, with the first being in the 1970s and 1980s, called D-6 ,and the second being between 1990–2000 by the TIS (OAO Трансинжстрой) firm, which also builds civilian metro stations.

However, most sources reporting on Metro-2 are speculative, with the primary ones being reports of hobbyists who may have stumbled upon some Metro-2 entrances or exits or a 1990s DIA report on the system.

Despite the vast number of bunkers, recent advances in fuzing technology for nuclear weapons are threatening to make the minimum civil defense standard obsolete. As fuzing technology improves, such as that used on the American Super Fuze, it’s more likely that pressure levels experienced by the civil defense bunkers will far exceed their design rating.

Charlie Gao studied political and computer science at Grinnell College and is a frequent commentator on defense and national-security issues. This first appeared in July 2018.