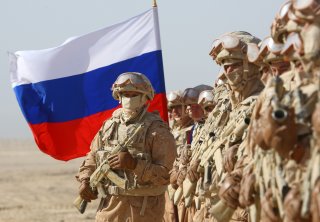 Following the fall of most of Afghanistan to the Taliban militant group in July and August, and its capture of the Panjshir Valley in early September, many prominent Afghans went into exile in Tajikistan, where they have opposed the Taliban through diplomacy in Washington and elsewhere. This list of prominent people consists of Bismillah Khan, the former defense minister, Amrullah Saleh, the former vice president and current self-proclaimed interim president, and Panjshir guerrilla leader Ahmad Massoud. To date, there have been subtle indications that the resistance movement’s actions might not stop at diplomacy, and some fighters in Tajikistan have indicated a willingness to push south into Afghanistan, with the goal of re-igniting the “Northern Alliance” opposition there.

However, the Taliban, which has historically been a Pashtun group with limited outreach to ethnic Tajiks, has increasingly cooperated with a Tajik jihadist group—one that some observers have suggested could attack Tajikistan first.

Tajikistan, a member state of the Soviet Union until 1991, faced an immediate power struggle after its independence between the post-communist secular government and a resurgent Islamist movement, politically and financially supported by mujahideen in Afghanistan. A brutal civil war took place from 1992 until 1997; after the two sides negotiated a peace agreement, some Tajikistani jihadists who refused to lay down their arms left the country to join other Islamist movements in the region. Many of these fighters ended up in northern Afghanistan as allies of the Taliban. During the group’s 2021 reconquest of Afghanistan, its allied Tajiks were used strategically. For example, they were stationed at border crossings in the country’s north to avoid stirring up ethnic tensions.

While the Taliban has expressed its desire to maintain peace and promised not to allow terror groups to operate on its soil, Russian media has warned that the Tajik militants might launch cross-border attacks into Tajikistan. The country’s ruler, Emomali Rahmon, was the leader of Tajikistan during the initial civil war. He has consistently displayed hostility to the Taliban resurgence.

For this reason, Russia has promised to help defend Tajikistan against such attacks. In a statement reported by Russia’s Interfax News Agency, Deputy Foreign Minister Andrei Rudenko insisted that “all necessary assistance will be provided to Tajikistan if required, both within the Collective Security Treaty Organisation [a Russian-led military alliance] framework and bilaterally.”

Regarding the Taliban’s commitment not to allow international terror attacks, Rudenko added, “We hope they will honor the promises they have made.”

Tajiks are the second-largest ethnic group in Afghanistan, making up around one-fourth of the nation’s population. The group is concentrated in the country’s north and east, and compose roughly half of the population of Kabul, Afghanistan’s capital.