Russia Is Exploiting the U.S. Laws to Pursue and Harass Dissidents 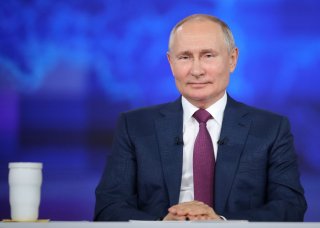 The Biden administration is prioritizing the protection of critical U.S. infrastructure, but its plans are missing one big target for adversaries: the American legal system. Repressive, adversarial state actors are using the United States’ legal system to advance their nefarious causes. Efforts to secure America’s cyberspace, its physical infrastructure, its energy network, and its election processes are welcome developments but will be for naught if U.S. leaders fail to protect the foundations of democracy. If the Biden administration truly wants to harden American critical infrastructure against attack, it will include protecting U.S. legal institutions in its strategy.

Moscow is the world’s leading practitioner of so-called grey area operations, which include cyber-attacks, information operations, economic coercion, the use of surrogates and criminal organizations, and leveraging membership in international organizations. Among these, Russian intelligence operatives have meddled in or attempted to meddle in U.S. and European elections. Hackers from Russia also recently disrupted a significant chunk of America’s energy sector by strangling the Colonial Pipeline and holding it for ransom.

U.S. leaders have prioritized preventing these attacks on American infrastructure. The Department of Defense, for instance, has secured much of its network using verification programs like Comply to Connect, while critical infrastructure is using technology like Binary Armor to harden systems.

Beyond its underhanded actions, Russia has committed overt acts of aggression, including invading countries, conducting political assassinations, and exerting economic pressure on Eastern Europe. Moscow’s rising encroachments are driving its neighbors to reinforce their militaries, such as Poland’s planned purchases of the M1 Abrams tank and the F-35 fighter jet.

Russia has added lawfare to its bag of grey area tricks. Moscow has resorted to manipulating international legal processes to achieve repressive ends. For example, it takes advantage of Interpol’s Red Notice system to pursue dissidents and opponents of Russian president Vladimir Putin’s regime. A Red Notice is the equivalent of an arrest warrant, requesting that Interpol members’ domestic law enforcement detain and extradite the target to the notice issuer. Russia is the most prolific user of these notices, accounting for almost forty percent of Red Notices, despite having less than two percent of the world’s population.

These Red Notices endanger targets by bestowing a veneer of legitimacy on cross-border repression. In perhaps the most famous example, Russian law enforcement produced a Red Notice to intimidate American-British human rights activist Bill Browder, whose work to expose government corruption in Russia put him at the top of the Putin regime’s hit list. In another instance, Moscow used fake reports of Red Notices to embarrass politicians in Moldova who supported orienting the country toward Europe rather than Russia.

This abuse of Red Notices has unfortunately spread to the United States. In some instances, it has led to U.S. law enforcement acting as an arm of the Putin regime. Complying with what appeared as a legitimate law enforcement request, Immigration and Customs Enforcement arrested Russian dissident Gregory Duralev in response to a Red Notice issued through Interpol. Moscow charged Duralev with fraud after he wrote a thesis on political corruption in Russia and issued a Red Notice. This was enough to produce an arrest and detention, even though the notice was “nearly incomprehensible.” Duralev’s case is now tied up in U.S. courts as he attempts to avoid extradition and deportation back to the country that is persecuting him.

Even more troubling, Russian agents are using the U.S. court system itself to hunt dissidents. These efforts often appear as innocuous legal maneuvers. One example is Moscow’s pursuit of Sergey Leontiev, a prominent supporter of Russian democratic activist Alexei Navalny. Leontiev escaped the Russian government by fleeing to the United States, but Moscow forced his business into bankruptcy and initiated proceedings against the entity. The Russian government then brought its dispute to an American court, asking a judge to force Leontiev to turn over documents in the case. This fishing expedition into Leontiev’s businesses is a clear attempt to silence Putin’s critics. The Russians pursuing Leontiev in court are Putin cronies, some of whom were sanctioned under the U.S. Magnitsky Act, a law designed to punish human rights abusers.

The judge ruled in favor of the Russian government and ordered Leontiev to submit to discovery despite the fact that these documents would end up in the hands of Magnitsky Act-sanctioned individuals. Comity among international judicial systems was among the main reasons the judge supported the Russian action, even though it’s unlikely a Russian court would ever return the favor. Instead, the judge’s ruling has allowed Moscow to manipulate American legal mechanisms to spy on and harass Putin’s opponents.

Unfortunately, U.S. legal institutions have naively failed to recognize these dangers. The Department of Justice (DOJ) celebrated a 2017 settlement with Prevezon Holdings, a corrupt Russian firm, for $5.9 million—even though the underlying offense was a $230 million fraud scheme involving the Russian government. Such a small penalty will not deter Russia’s export of corruption.

Subsequent developments illustrate Russia’s nefarious use of lawfare in the Prevezon case. In 2019 the DOJ announced perjury charges against Prevezon’s lawyer, Natalya Veselnitskaya. The charging documents detail Veselnitskaya’s efforts to launder Russian disinformation into an American courtroom to exonerate Prevezon. Veselnitskaya presented a dubious Russian investigation into the Prevezon claims as exculpatory evidence. However, she declined to inform the court that she herself had worked with Russian officials to draft the documents. In essence, Russian officials were trying to use American courts to launder their corrupt investigation into a legitimate legal victory.

This laundering of shady Russian legal claims into American courts is a disturbing pattern the federal government must address. Continuing to allow Russian kleptocrats to infiltrate America’s legal infrastructure would turn our system of laws into a tool of repression. Like U.S. and Eastern European efforts to protect against Russian attacks in other sectors, the West must add the U.S. legal system to its security priorities. It must train DOJ personnel and American jurists in the characteristic features of Russian lawfare. Failing to do so would leave America’s democracy undefended against Russia’s number one export: corruption.

John Cicchitti is a program manager at the Lexington Institute. He is also a law student at George Mason University’s Antonin Scalia Law School.