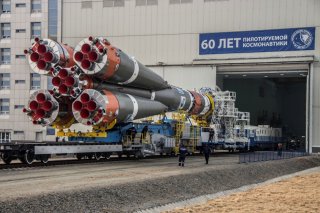 The Pentagon is expressing concern about Russia’s recent test of a cutting-edge anti-satellite weapon. The test caused the destruction of one of Russia's satellites and the formation of a large debris field in space. The test lends further urgency to the Defense Department's (DoD’s) fast-evolving U.S. Space Force.

Defense Secretary Lloyd Austin said while Russia’s weapons test clearly presents a military threat to the United States, he was more concerned about the danger to the rest of the world.

“What’s most troubling about that is the danger it creates for the international community. It undermines strategic stability. As you know, there’s a debris field there now that will be there for, forever–and it’s a safety concern. And so we would call upon Russia to act more responsibly going forward. I mean, they have the ability, they know exactly what kind of debris field they’re going to create, so we wonder why they would move to do such a thing,” Austin told reporters recently, according to a Pentagon transcript of the event.

The Russian test speaks to the often-cited concern that the United States has been late to enter the space war realm. For largely ethical and humanitarian reasons, the United States has long maintained that the space domain should remain an international sanctuary somewhat free from large-scale weaponization. However, major power U.S. rivals such as Russia and China have for many years pursued efforts to militarize space, and the Pentagon simply realized it could not leave itself so vulnerable to a great power space attack.

“We are concerned about the weapon—weaponization of space and we would certainly call upon Russia and all countries to act in a responsible manner in this regard,” Austin added.

The incident was documented recently in a report from the Carnegie Endowment for International Peace, which states.

“On November 15, a Russian PL19 Nudol interceptor missile launched in northern Russia struck the now-defunct Soviet-era COSMOS 1408 satellite at an approximate altitude of 480 kilometers (about 300 miles). The intercept has generated a massive debris field in low-Earth orbit (LEO); according to U.S. Space Command, “more than 1,500 pieces of trackable orbital debris” have already been detected, and “hundreds of thousands of smaller [fragments]” are likely to surface.”