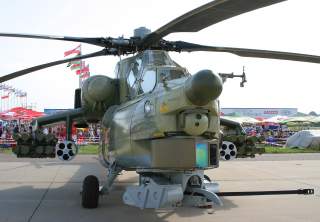 The Mi-28, the successor to the chunkier Cold War Mi-24 Hind and the counterpart of the Apache, is an early 1980s design.