Russia Has a Warning for the F-35: It Will Never Be Alone 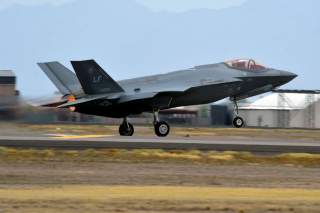