Russia May Never Get a Stealth Bomber 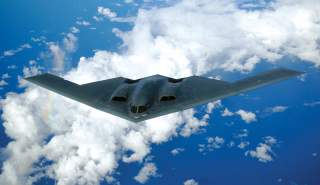 It is not clear that Russia actually needs the PAK-DA. The Tu-160M2, which should be entering production in the coming years, combined with stealthy new long-range cruise missile would provide the Kremlin with excellent strike capability at far lower cost.

(This first appeared in February of this year.)