Is Russia Planning on Becoming a Hypersonic Weapons Superpower? 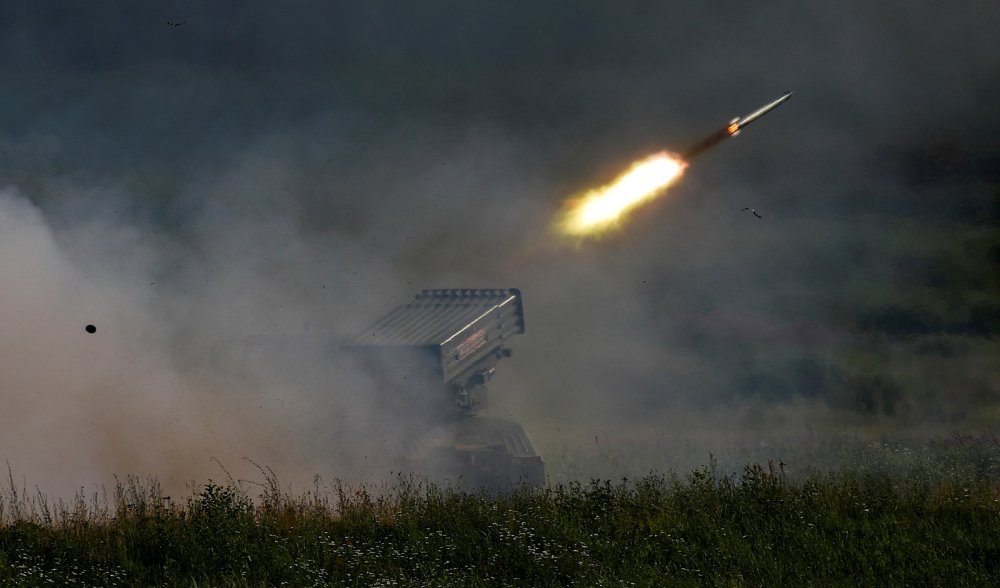 Russia’s military doctrine is due for an update. And it will likely emphasize factors such as hypersonic missiles and hybrid warfare.

That’s the assessment of a RAND Corp. analyst who thinks it likely that Russia’s military doctrine – last updated in December 2014 – is due for a makeover.

“There are a few reasons why the Russian military may release an updated doctrine next year: 2020 has long been a benchmark year for Russian military planners, Russian threat perceptions have hardened with respect to the United States, and Russia appears to be entering a cycle of updating several national security strategy documents,” writes Dara Massicot, a RAND Russia specialist, in an article for War on the Rocks. Russia is also modernizing its arsenal with weapons such as the T-14 Armata tank, Su-57 stealth fighters and hypersonic missiles, which would need to be incorporated into a new doctrine.

As with the United States, Russian national security plans tend to be fairly stable, but there are often small but significant changes in each new version. “For example, internal threats were included for the first time in the 2014 doctrine, and since then Russia updated the legal relationships between the military and internal security agencies, created the National Defense Control Center in Moscow to better monitor and respond to many types of threats, and consolidated multiple internal security services into the national guard (rosgvardia),” Massicot notes. “In another example, the 2016 Russian Foreign Policy Concept deleted references to the INF Treaty, a subtle foreshadowing of the agreement’s implosion this year.”

Massicot expects to see several changes in the newest doctrine, or at least codification of existing military though. “A revised military doctrine would probably codify the role of emerging capabilities like hypersonic missiles and emerging weapons technologies,” she predicts. “The document would likely continue to praise Russia’s conventional precision-strike weapons for their combat roles and contribution to non-nuclear deterrence.” Combat robots and AI are also likely to be included.

The new doctrine will probably include non-military means of waging war, such as Russia’s hybrid warfare approach, which melds political and psychological techniques with narrowly applied military force. Russia is also exploring a strategy of limited military action. “This concept could be a general philosophy for military planning, suggesting a priority for well-scoped objectives and just enough forces to accomplish those objectives,” Massicot writes. “It could also be the conceptual basis for expeditionary operations planning in the future....Such an approach would be distinct from the U.S. concept of expeditionary operations and consistent with the structural limitations of the Russian military (e.g., constraints in strategic air and sea lift and a lack of overseas basing networks). Such a philosophy would imply that Russia sees a strategic benefit to using a small but well-supported task force abroad, like the 3,000–5,000 Russian group of armed forces in Syria.”

Interestingly, despite growing tensions between Washington and Moscow over issues such as nuclear arms control, Massicot does not expect Russia’s new doctrine to treat America as a greater threat. “Shifts in threat perceptions and an overall hardening tone towards the West aside, an updated doctrine is unlikely to explicitly name the United States or NATO as a ‘military threat’ — the highest threat category possible (for reference, NATO expansion near Russian borders is currently considered a ‘military danger,’ the lesser of the two categories),” Massicot suggests. “Elevating the United States or NATO to a military threat would be a serious move in the world of military strategy, certainly one of the most provocative actions that a new doctrine could take. ‘Military threats’ are defined doctrinally as a state in which there is a ‘real possibility of the outbreak of military conflict’ and a corresponding high degree of military readiness on both sides. While tensions between NATO and Russia are problematic and sustained, they do not rise to this level, according to the Russian definition of the term.”