Is Russia Running Out of Precision-Guided Weapons to Fire? 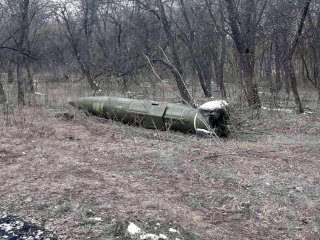 The Russian military is known to operate an array of precision-guided weapons that includes rockets, bombs, cruise missiles, and artillery. Russia has the ability to use precision-guided munitions to attack specific military targets, as well as the firepower to stage indiscriminate attacks with little regard for civilian life.

These capabilities show that Russia has made a conscious decision to target civilians during its war in Ukraine.

The Russian military appears to have settled in for a campaign of attrition. Russia has employed long-range bombardments while other attacks have stalled.

However, the Ukrainians continue to fight. Ukrainian anti-armor weaponry and shoulder-fired anti-aircraft missiles have taken a toll on the Russian forces. Combat in urban areas may favor Ukrainian defenders in coming battles. Russian attackers may need to rely on infantry to clear individual blocks and buildings in cities and surrounding areas.

Do Russian soldiers have the will to do this? They could not possibly clear the entire city when thousands of ordinary Ukrainians are taking up arms to counterattack from hidden positions. Urban warfare forces the invaders to consistently place themselves in the line of enemy fire.

Making matters worse, the Russian military may be running out of the precision weapons needed to attack specific targets in urban areas. That could lead to large-scale strikes using indirect fire.

“We're starting to see them have inventory issues, particularly with respect to precision-guided munitions,” a senior defense official said on Tuesday. “So it follows that a month into an operation of a size and a scale that they've never attempted before, that they would be exploring replenishment options.”