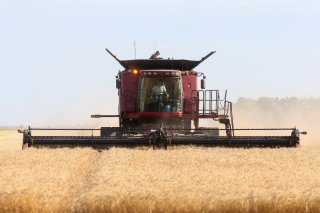 Western governments and international organizations have called on Russia to resume its participation in a UN- and Turkish-mediated agreement allowing Ukraine to export its grain via the Russian-controlled Black Sea, warning that the blockage of grain would have significant humanitarian consequences around the world.

The agreement, signed between Russian and Ukrainian diplomats in Istanbul in July, allowed Ukrainian ships carrying grain destined for international markets to pass through a dedicated lane in the Black Sea if Russian officials were allowed to inspect them for contraband. The agreement has already allowed for the export of 9 million tons of Ukrainian grain; prior to Moscow’s withdrawal, it was scheduled for renewal on November 19.

The Russian government claimed that it had withdrawn from the agreement after a Ukrainian attack against its Black Sea Fleet stationed in Sevastopol had rendered several ships unusable to protect the designated sea lane. However, the move was widely condemned in the West, which collectively argued that the Russian withdrawal had been intended as a punitive measure designed to weaken Ukraine’s economy and weaponize humanitarian aid.

“Russia’s decision to suspend participation in the Black Sea deal puts at risk the main export route of much needed grain and fertilizers to address the global food crisis caused by its war against Ukraine,” Josep Borrell, the European Union’s representative for foreign affairs, wrote on Twitter. “The EU urges Russia to revert its decision.”

Russia’s withdrawal from the agreement strands some 176 ships, all of which have already been loaded with grain, from leaving the three major shipping ports approved in the agreement. Ukrainian infrastructure minister Oleksandr Kubrakov stated that a ship loaded with 40,000 tons of grain and initially approved for exit through the Black Sea to travel to Ethiopia—the site of an ongoing famine—had been blocked by the Russian move, and Ukrainian president Volodymyr Zelensky claimed in his daily video address that the grain would be used to feed 7 million people after its departure.

“This is food for more than seven million consumers,” Zelensky said. “Why is it that some handful of people somewhere in the Kremlin can decide whether there will be food on the tables of people in Egypt or Bangladesh?”

President Joe Biden also condemned the Russian decision, describing it as “outrageous” and warning that it threatened to exacerbate a humanitarian catastrophe.

UN Secretary-General Antonio Guterres offered measured criticism of the Russian move, arguing that it would lead to starvation in the developing world and stating his “deep concern” about its premature cancellation.

“The Secretary-General continues to engage in intense contacts aiming at the end of the Russian suspension of its participation in the Black Sea Grain Initiative,” Stephane Dujarric, Guterres’ spokesman, said in a press statement. “The same engagement also aims at the renewal and full implementation of the initiative to facilitate exports of food and fertilizer from Ukraine, as well as removing the remaining obstacles to the exports of Russian food and fertilizer.”