Russia Should Have Learned From Napoleon 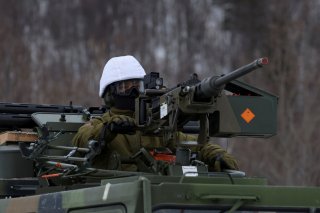 Food, fuel, and medical care, not bullets and bombs, may determine who wins the war in Ukraine. With NATO estimating that Russian casualties could be as high as 40,000, intercepted Russian communications also reveal a hungry, cold, frost-bitten invading force. No wonder military analysts assess low morale among the Russians. Mounting casualties and lack of supplies may portend a military catastrophe against the smaller but determined Ukrainian army and people.

The situation represents a great historical irony. Vladimir Putin relies heavily on his Chief of the General Staff Valery Gerasimov for military advice. Gerasimov became well known for his 2013 article for the Military-Industrial Kurier and his 2017 speech to the Academy of Military Sciences. Many believed his comments offered a new doctrine of hybrid warfare, but, in fact, the Russian military doesn’t have such a doctrine. The Russian military treats war as armed conflict. That stands in contrast to the Kremlin’s presidential administration, which does embrace non-kinetic, information warfare approaches to conflicts.

Gerasimov’s 2013 comments reflected his understanding of the contemporary character of war, following the Russian analysis of conflicts conducted by the West over a thirty-year period. His 2017 speech to the Academy of Military Science discussed how kinetic actions can be used for achieving information and non-kinetic effects. The tone of both was defensive. The relevant point is that while Gerasimov may have acquired a reputation as a grand strategist, his focus was on active defense, not offense.

This is critical because when Putin gathered a close circle to plan how to force Ukraine to capitulate to Russia’s demands, he was turning to a general whose expertise was not rooted in offensive armed conflict. Indeed, we have argued, and still believe, that the massing of the Russian Army prior to the February 24 invasion was an exercise in information warfare. Far from anticipating the buzz-saw his troops ran into, Putin expected Ukraine’s government to do his bidding and Ukraine citizens to welcome alignment with Russia rather than the West.

Our view is that emotions overwhelmed Putin’s better judgment and he foolishly launched the current invasion, which has backfired politically and presents a situation that could lead to Putin’s eventual ouster. At his February 22 National Security meeting, Putin had to slap down Foreign Intelligence Service chief Sergei Naryshkin, and others like Sergei Lavrov seemed uncomfortable with Putin’s diatribe. The news media has reported that the FSB tipped off Ukrainians to plots to assassinate President Volodymyr Zelenskyy. These may portend deeper—perhaps growing—opposition to the war and Putin within the intelligence services, and a genuine risk to Putin’s grip on power.

The evidence indicates that this mindset permeated the amazing failure to define a coherent military or political strategy for Ukraine, or to plan for its tactical execution. As radio intercepts from Russian forces confirm, the result is that military vehicles have run out of fuel. The army is also low on food and adequate medical care, forcing Putin to beg China to supply Meals-Ready-to-Eat to feed his troops.

Putin and Gerasimov might have done better to study Napoleon Bonaparte’s ill-fated invasion of Russia in 1812 before they planned their misadventure in Ukraine. Ignoring the advice of his foreign minister, Charles-Maurice de Talleyrand-Perigord, who argued against invading Russia, Napoleon plunged ahead. As historians like Frank McLynn have pointed out, wishful thinking and self-delusion overwhelmed rationality. He ordered provisions for 400,000 men for fifty days although his invading army had 675,000 men. Coordination was a mess. The Russians did not behave as Napoleon expected, partly because he failed to free the serfs. No one worked out how to get supplies to the front, and one-third of food provisions were devoured during transport. Disease and illnesses also killed cows and horses, as well as troops. Hollywood depicts the retreat from Moscow as the hammer that broke the invasion. However, the campaign was lost before it even began. The retreat was the fatal capstone.

Gerasimov’s faulty military planning echoes Napoleon’s fate. His failure offers Ukraine an opportunity to deal the Russians a tough blow—and very possibly to decide its ability to force an acceptable end to hostilities. The United States should encourage the Ukrainians to use every measure to further depress Russian morale by driving messages that Putin is waging war for his ego, not Russia’s interests. The United States should also ensure Ukrainians have every necessary communication tool to spread that message.

Carl von Clausewitz ably wrote that warfare is decided by a combination of moral will, and having the will or passion to fight, and a cause or purpose worth dying for. Ukraine possesses all of these. The invaders possess none. Strong information warfare can exploit that weakness and perhaps help achieve a positive outcome for Ukraine to a miserable armed conflict characterized by Russian war crimes and the murder of innocents.

That said, we stress this: the solution to this war lies in diplomacy. The United States must avoid a stepped escalation and cannot cave to nuclear blackmail. Showing Putin he cannot prevail will help force him to engage in serious diplomacy—which inevitably will entail compromises from both sides—that preserves Ukraine’s sovereignty and ends the war.

James P. Farwell has advised U.S. Special Operations and the Department of Defense. An Associate Fellow in the Dept. of War Studies, King’s College, University of London, he is the author of Information Warfare (Quantico: Marine Corps U. Press, 2020) and The Corporate Warrior (Brookfield: Rothstein Publishing, 2022).

The opinions expressed are their own and not those of the U.S. Government, its agencies, departments, or COCOM.