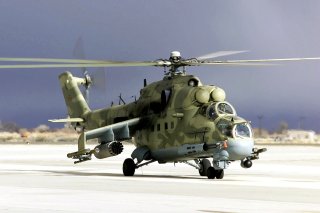 Russia’s inability to achieve air superiority during its invasion of Ukraine is still not well understood. Despite having overwhelming airpower concentrated in the region, Ukrainian aircraft continue to be able to mount limited operations.

Ukraine’s air force included just sixty-nine fighters, according to Global Firepower’s 2022 force assessment. Russia’s air force includes more than seven hundred, though not all of those are believed to be deployed to participate in Russia’s invasion.

One factor may be the will of the Ukrainian people to continue fighting. The United States and other countries have supplied hundreds of anti-air weapons to Ukraine. Ukrainians who are determined to defend their country have contributed to unanticipated success on the ground and in the air. Ukrainians have successfully used hit-and-run tactics to ambush convoys with anti-armor weapons. Key intersections, bridges, and other important routes have been defended.

Ukraine’s success in contesting the skies has been more difficult to explain, although the U.S. Department of Defense has said Russia has only used a small amount of its available air force. Russia does field dozens of fourth-generation Su-35 fighters as well as Su-30s and Su-34 fighter-bombers.

“I think the resolve of Ukraine has surprised virtually everyone but especially Vladimir Putin, and their air defenses are working which once again reiterates the importance of being able to resupply them as time goes on,” said retired U.S. Air Force Lt. Gen. David Deptula in an interview. “Neither side has air superiority, and so it is contested airspace. But one of the ways to enhance the probability that Ukraine can survive the assault of Putin’s military is by ensuring that they have sufficient forces to sustain their both their air defenses from the ground as well as their Airforce from the air,”

Deptula now works as dean of the Mitchell Institute for Aerospace Studies.

In contrast to Russia’s air force, Ukraine operates mostly Soviet-era fighters such as the Su-24 and ground attack aircraft like the Su-25. Despite the age of these platforms, many of which were designed and produced in the 1970s and 1980s, these aircraft are still useful. The United States continues to fly 1980s-era F-15s and F-16s with new avionics, targeting technologies, sensors and weapons.

Ukraine, however, may have been unable to upgrades its fighter jets. Still, Ukraine has prevented Russia from achieving air superiority. That means Ukraine still has the ability to fight back, even against Russia’s air force.

“I will tell you right up front, the war is not going the way Putin expected,” Deptula said. “With the exception of some of the initial long range airstrikes, almost everything about the initial salvos of the Russian invasion failed. Ukrainian air defenses were not disabled. Ukrainian airfields were not put out of action. Ukrainian defenders were able to hold their ground. Ukrainian reserves and civilians rapidly mobilized.”