Russia Threatens to Deploy 'Military Infrastructure' to Cuba and Venezuela 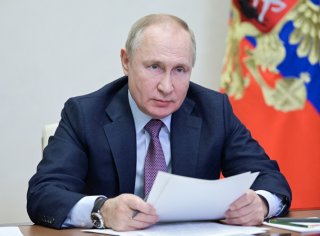 Russian deputy foreign minister Sergei Ryabkov suggested on Thursday that if an agreement is not reached between the United States, NATO, and the Kremlin with regard to Ukraine, Russia may station military forces or missiles in Cuba or Venezuela.

Ryabkov stated that he could “neither confirm nor exclude” the possibility that the Kremlin was weighing such a course of action. “It all depends on the action by our U.S. counterparts,” he told the Russian RTVI television network.

According to Russian president Vladimir Putin, the Kremlin has sought additional “military-technical measures” to take if negotiations over Ukraine fail.

U.S. officials dismissed the possibility that Russian troops would be deployed to Latin America, with National Security Advisor Jake Sullivan describing it as “bluster.”

“If Russia were to move in that direction, we would deal with it decisively,” Sullivan told reporters at a press briefing. He did not elaborate on what measures would be taken in that scenario.

Moscow’s most notable military involvement with Cuba occurred when the then-Soviet government placed nuclear missiles on the island in 1962. The administration of President John F. Kennedy strongly opposed the missiles’ deployment and demanded that the Soviets remove them, leading to a tense standoff sometimes regarded as the closest the world has come to nuclear war. The crisis was eventually resolved after the United States agreed to remove its missiles from Turkey and abandon any future attempts to overthrow the Cuban government in exchange for the missiles’ withdrawal.

Although Russo-Cuban military ties have declined since the fall of the Soviet Union, Moscow has expanded its contacts in Havana in recent years. The Kremlin has also forged ties with Venezuela, another country that is at odds with the United States. In 2018, two Tupolev Tu-160 bombers, each capable of carrying nuclear payloads, flew to Caracas in an apparent show of support for embattled Venezuelan president Nicolas Maduro.

The United States and Russia are engaged in tense negotiations over a Russian troop buildup on the Ukrainian border which has led to fears of a potential Russian invasion. Diplomatic engagement intended to resolve the crisis, led by a series of talks between the two sides in Geneva, has accomplished little so far. Western diplomats have flatly refused Russia’s demand for NATO to rule out Ukrainian membership and any additional expansion of the alliance.