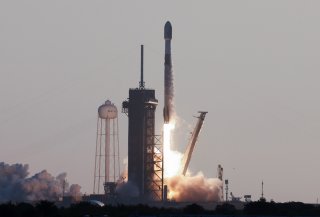 The Russian government warned on Wednesday that it could attempt to retaliate against civilian satellites being used to aid the Ukrainian military during the two countries’ ongoing war—an apparent reference to Starlink, the SpaceX-operated satellite internet service which has provided the Ukrainian armed forces with reliable internet access throughout the conflict.

At a United Nations (UN) General Assembly meeting on space, Russian foreign ministry spokesman Konstantin Vorontsov claimed that civilian space infrastructure, including satellites, had been used by Kyiv and its supporters in the West for military purposes, a trend that he described as “extremely dangerous” to the distinction between civilian and military targets.

“These nations apparently do not quite realize that such activity essentially constitutes an involvement in military action through a proxy,” Vorontsov said. “Quasi-civilian infrastructure may be considered a legitimate target for a retaliatory strike.”

Although Vorontsov did not specifically mention Starlink or commit the Kremlin to retaliatory strikes against satellites providing assistance to Ukraine, he claimed that their usage violated the Outer Space Treaty, a UN agreement signed by Russia and Ukraine that commits signatories to restrictions on the use of satellites in military conflicts.

As Russia’s invasion of neighboring Ukraine enters its ninth month, the Ukrainian military has made extensive use of Starlink satellites, and several Ukrainian generals have cited the satellites’ reliable internet service amid power outages and conflict-related disruptions as a critical factor in the military’s strong performance against the better-armed Russians. Roughly 20,000 Starlink satellites have been made available to Ukrainian forces. SpaceX CEO Elon Musk also estimated that the company’s aid to Ukraine would cost $100 million by the end of the year. In early October, Musk requested that the Defense Department help foot the bill, leading to controversy; several days later, he backtracked and agreed to provide most of the cost himself after negotiations with the Pentagon.

The United States has openly supported Ukraine in the conflict and has helped to provide battlefield intelligence to Ukrainian forces but has not directly intervened on the Ukrainian side. At the same time, U.S. defense officials have avoided comment on the legality of the satellites’ usage. Air Force Brig. Gen. Pat Ryder, the Pentagon’s press secretary, claimed last week that it was up to individual satellite operators to set their own policies concerning Ukraine: “What an individual company may or may not do … is incumbent on that company to decide and do.”