Is Russia Trying to Take Out Tesla (Or Steal Its Secrets?) 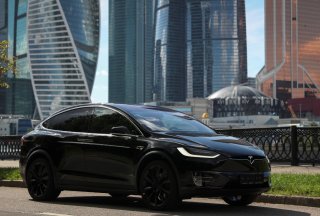 A Russian national was indicted this week on charges that he tried to pay a Tesla employee $1 million in order to infect the company’s Gigafactory in Nevada with malware.

According to a press release from the U.S. Attorney’s office in Nevada, twenty-seven-year-old Egor Igorevich Kriuchkov has been charged with one count of conspiracy to intentionally cause damage to a protected computer.

After he was approached by Kriuchkov, per the complaint, the employee informed the company of what happened, and later went to the FBI and cooperated in the investigation.

While the criminal complaint does not name the company that was targeted, Ars Technica confirmed on Thursday that it was Tesla, quoting CEO Elon Musk on Twitter as calling it “a serious attack.”

The complaint stated that Kriuchkov met with the Tesla employee in person on multiple occasions and that conversations were recorded both by FBI surveillance and by the employee’s own recordings. These meetings took place starting in July, and as recently as August 22.

It’s not clear if Kriuchkov has any ties to Russian government entities, or whether he was acting on behalf of any other organization. The complaint does mention “co-conspirators,” including someone known as “Kisa,” but Kriuchkov is the only person charged.

Kriuchkov, the complaint said, first contacted the Tesla employee through his WhatsApp account, and referred to the malware scheme as a “special project.”

“As Nevada’s economy diversifies and evolves into a center for technological innovation, our office will continue to prioritize protecting trade secrets and other confidential information belonging to U.S. businesses,” U.S. Attorney Nicholas A. Trutanich said. “Working with our law enforcement partners, we are committed to holding accountable anyone who plots to use malicious cyber tactics to harm American consumers and companies.”

The factory, known as Tesla Giga Nevada or Gigafactory 1, is located near Reno, Nevada. The facility opened in July of 2016.

On July 22, Tesla posted quarterly revenue of over $6 billion, which beat expectations. The company also confirmed, on the same day, that it has selected the site of its next Gigafactory, which will be built in Austin, Texas.

Earlier this summer, Tesla became the world’s most valuable automaker, as its market cap passed that of Toyota. As of Friday morning, Tesla’s market cap was at about $425 billion.