Russia Warns that Cutting Off Oil Could Destroy World Economy 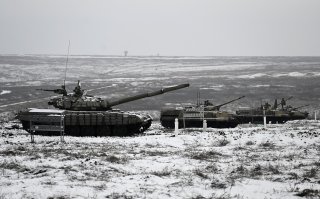 Russian deputy prime minister Alexander Novak suggested there would be “catastrophic consequences for the global market” if the United States and other Western nations decided to ban imports of Russian oil in response to the Kremlin’s invasion of Ukraine.

Novak warned on Russian state television that a Western oil embargo would lead to major market disruptions and an unpredictable surge in prices, possibly leading them to increase to “$300 per barrel, if not more.”

Novak argued in his remarks that Europe would not be able to arrange equal alternative supplies of oil and gas from elsewhere in the world for at least a year and would likely end up paying more for them.

“European politicians need to honestly warn their citizens and consumers what to expect,” he said. “If you want to reject energy supplies from Russia, go ahead. We are ready for it. We know where we could redirect the volumes to.”

Novak could be hinting that Russia could sell oil to China in the event of an embargo from western countries. The Chinese government has supported peace talks, but it has so far refused to join the international sanctions regime against Moscow. China abstained from a UN vote for a non-binding resolution that demanded Russia end its invasion.

Ukraine’s supporters have argued that banning the sale of oil to the West, one of Russia’s largest remaining economic lifelines, would cripple the Russian economy and incentivize Moscow to seek peace in Ukraine.

The White House announced on Monday that President Joe Biden had held a call with British prime minister Boris Johnson, German chancellor Olaf Scholz, and French president Emmanuel Macron to discuss potential restrictions on Russian oil and gas sales to the United States and the European Union. A White House spokesperson later said that the president had not made a decision on whether to pursue oil-related sanctions or not.

However, Scholz warned on Monday that a ban of Russian oil imports would cause a significant disruption to the European economy, as many Europeans rely on the imports for power and heating. Around 40 percent of Europe’s consumption of natural gas comes from Russia, with Germany representing the largest individual share.

Crude oil prices have risen from about $92 per barrel before the invasion to nearly $130 – their highest level in more than a decade – as of Tuesday morning, although there has been significant volatility in recent days owing to the instability in Eastern Europe.