Russia Was Never The Same After Its 1994 Invasion Of Chechnya 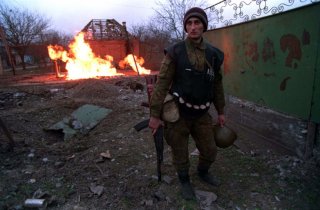 Key point: The resulting sense of national humiliation and weakness, and the manifest corruption and incompetence of the Yeltsin administration discredited democratization in the eyes of many Russians.