Russia Would Bet On America In A U.S.-China Naval War 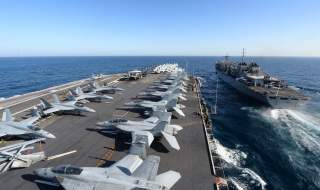 Key Point: While the U.S. has by far the greatest carrier fleet in the world, China is already enhancing its combat power in the Western Pacific.

Michael Peck is a contributing writer for the National Interest. He can be found on Twitter and Facebook. This first appeared earlier this month.