Russian DNA: How the F-35 Was Partly Inspired By This Old Russian Fighter 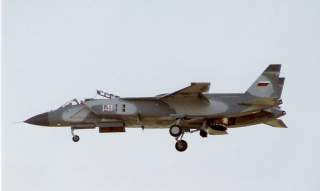