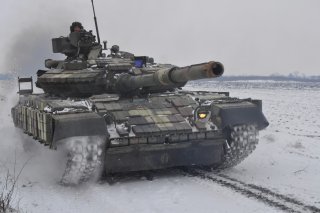 Russian forces have reportedly taken Kherson, marking the first major city to fall in the ongoing invasion of Ukraine.

Local officials confirmed late Wednesday night that Russian troops have entered the strategic port city of Kherson, which is situated along Ukraine’s Black Sea coast. “There is no Ukrainian army here … The city is surrounded,” said Igor Kolykhaev, Kherson’s mayor. Kolykhaev told Western media that the city was left in shambles, crippled by chronic food and water shortages, by the end of the siege. He added that the high-caliber weapons used by the Russian forces left many of the casualties unrecognizable. “Many of the bodies have been blown apart,” the mayor said. “If we can make a photograph it makes sense to try to identify them, but if not we put them into bags and bury them that way.”

Kolykhaev said that “about ten armed Russian officers,” including the commander of the attacking forces, told him that the city was being placed under military administration. He advised the city’s residents to fully comply with the occupying forces. Kolykhaev published a list of rules that included a limit of no more than two pedestrians walking together at once, a strict curfew, and a warning that cars must drive slowly and be ready to consent to searches at any time. Civilians in Kherson are reportedly complying with these rules, but local officials have voiced concerns over growing food and medicine shortages amid reports of looting by the occupying forces.

Control over the city is believed to give the invading Russian forces a staging post to push further westward in a likely attempt to seize large swathes of the country’s Black Sea coast, including the vital southwestern port hub of Odessa.

Kharkiv, Ukraine’s second-largest city, and Mariupol, a major city facing the Azov Sea, remain under siege. Both cities have been subject to regular airstrikes, with the mayor of Mariupol telling reporters that as many as 120 civilians have been injured. Recent reports of shelling against major civilian population centers suggest that the Russian forces are shifting away from high-precision strikes against military infrastructure to a less restrained bombing campaign with a higher tolerance for collateral damage.

Russian foreign minister Sergey Lavrov announced on Thursday that Russia will not cease its military actions in Ukraine as a precondition for peace talks. "We are ready to conduct talks, but we will continue the operation because we won’t allow Ukraine to preserve a military infrastructure that threatens Russia," he said.