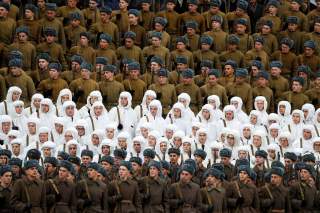 Key Point: the Russian military will be using genetics to assess that most unpredictable of human qualities: how a person will react in combat.

“The project is far-reaching, scientific, fundamental,” Alexander Sergeyev, the chief of Russia’s Academy of Sciences, told Russian news agency TASS back in the summer (English translation here). “Its essence is to find such genetic predispositions among military personnel, which will allow them to be properly oriented according to military specialties.”