The Russian Navy Has Some Problems 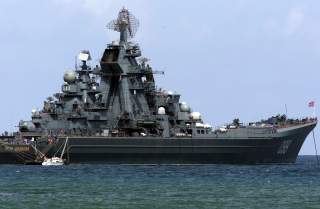