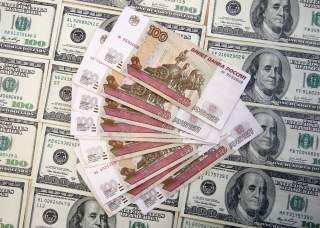 In 2020, Russia's internal focus will be its economic performance, as President Vladimir Putin's United Russia party strives to avoid challengers in upcoming elections in 2021 and 2024. Under economic stagnation, limited purchasing power has threatened the living standards of the Russian electorate and risks invigorating political opposition. Russia has launched numerous initiatives to reignite its economic growth, but the country is under significant external pressure and facing internal bureaucratic and systemic economic challenges, so their intended effects are not guaranteed.

For Russia's domestic politics, 2020 will not be a year of formal decisions, but the Russian government's ability to manage its internal pressures will influence its longer-term political success. State Duma elections in 2021 and presidential elections in 2024 are rapidly approaching and ramping up the pressure on the Kremlin. The performance of Putin's United Russia party in these upcoming polls will depend heavily on its ability to boost macroeconomic performance and the living standards of its electorate, but though it may muster some growth, it will not be enough to climb out of stagnation.

Russia's economic performance has struggled because of low oil prices and Western sanctions. The country managed to pull itself out of recession in 2017 thanks to higher oil prices and the beginning of strategies to limit Western trade and increase internal goods production, but expected growth figures for 2019 (currently estimated at around 1 percent) show that the repair process is still going extremely slowly. At best, Russia's current economic situation can be described as stagnation. That fact has amplified political opposition to the Kremlin, putting Moscow in a tough spot to deal with longer-term dynamics such as anticipated declining oil production and demographic challenges such as brain drain, an aging population and cultural clashes from rising immigration.

As Russia's GDP growth stagnates, wages have also completely leveled out since 2017, following three years of significant contraction during the economic crisis. Combined with inflation, which the Kremlin is still struggling to stabilize, this wage stagnation has significantly reduced purchasing power for most Russians. All the while, generational overturn is increasing the popularity of liberal and democratic policies and increased access to technology and foreign or social media is fostering the sharing of opposition views. The result: growing instability and challenges to Putin's United Russia party. This was already visible to a limited degree during the 2019 regional elections, in which the party lost some seats and only won others with a narrow margin (particularly in Moscow).

Growing opposition among the Russian electorate not only impacts future elections but it also increasingly fuels civilian protests. Such protests can be disruptive on their own, but more importantly, they force the government into the difficult position of trying to repress opposition and protest movements while not antagonizing too much of its population. Russia has effectively done this through what is known as "managed democracy," maintaining political stability through the existence of "systemic opposition" parties that, in fact, support United Russia's rule, as well as by managing real opposition activities with legal and police action. This system can only stretch so far, and growing economic concerns risk complicating United Russia's ability to sustain its control.

In addition to affecting the Russian people's political attitudes, Russia's reduced purchasing power has also led to declining domestic consumption, which in turn makes economic growth more difficult. Purchasing power limits also restrict the government's ability to restructure its revenue through taxation, and they have already compelled it to steer away from increasing value-added taxes. The Russian government will find it increasingly difficult to balance spending and electoral concerns, and in 2020, it will make major efforts to accelerate economic growth — something easier said than done.

Effectively improving its economic performance is particularly difficult for Russia because of its engagement in a polarizing geopolitical competition with the West. Ongoing U.S. and European Union sanctions since 2014 — because of Moscow's actions in Ukraine, U.S. election meddling and other behaviors — has heavily dampened Russia's economic performance. To reinvigorate its economy, or really just to stanch the economic bleeding, it has been forced to implement significant reforms.

Concepts like import substitution and economic or technological sovereignty have become core elements of Russia's modern economic approach. Essentially, this means that to weather current and future sanctions, Russia seeks to reduce its dependency on Western imports by setting up its own alternative production systems and high-end technology research and development efforts. These are extremely resource-intensive efforts, and they don't immediately translate into significant gains.

The Russian government has alotted large budgets to programs that support these initiatives, also hoping to contribute directly to overall growth, but so far, results have been muted. One of the Kremlin's biggest investment programs was its 2016-2020 defense modernization drive, which was worth $400 billion. Its goal was not only to boost the Russian military's capabilities but also to subsidize the Russian defense industry and kickstart its production of items for civilian markets. Despite the sizable investment, the defense industry still faces severe financial difficulties and has made no meaningful shift toward civilian production. In 2020, the Kremlin will start to formulate the next tranche of its defense modernization drive and maintain an emphasis on those same goals, but it is not clear whether it will devote as much funding this time around.

Russia's government has also launched a $400 billion investment drive, through 2024, to upgrade infrastructure and living conditions. The so-called National Projects cover a wide variety of critical sectors, including transport, health care and digitalization, and the government has high expectations for their ability to directly stimulate economic growth and living standards. The anticipated effects would be a boon to Russia's rulers, though Russian financial analysts have cautioned that the projects will likely have a much smaller impact than the government has presented.

While attempting to implement the National Projects, Russia has also faced significant bureaucratic limitations on government spending. During the first three quarters of 2019, the government only spent about half of the year's funds earmarked for the projects. The rest of the spending will eventually come through, but stretching out the investments over time also delays the immediate impact the investments will have on economic growth. Russian Prime Minister Dmitri Medvedev has been driving efforts to limit institutional red tape to facilitate government spending, and even Putin recently stated the importance of these efforts. But dismantling the complex institutional structures and regulations won't happen overnight, and it might come too late to help with current investment initiatives.

Institutional restrictions on government spending likely also influenced the Kremlin's decision to approve a rather modest plan for the use of Russia's National Wealth Fund. The National Wealth Fund, a financial reserve that Russia has been building by siphoning off oil profits when oil prices are higher than $40 per barrel, currently stands at about $125 billion. It will become available once its liquid assets reach 7 percent of Russia's GDP, which is expected to happen in early 2020 (though it was initially expected in late 2019 and the overall value of the fund has stagnated since the summer of 2019). The government has thus begun prioritizing discussions over how to spend the fund.

Rather than use the bulk of these savings for further stimulus drives, however, the approved plan involves spending only $16 billion over the first three years and only on economically attractive projects that would not depend on government financing. This policy could simply be a prudent move to make the rainy day fund last as long as possible, but given the extreme delays in the spending of the 2019 budget, and especially the National Projects, it may also be informed by concerns over bureaucratic bandwidth to carry more government stimulus programs.

Ultimately, Russia's economic challenges not only will contribute to internal political and social instability but they also will continue limiting Moscow's ability to project power internationally. Economic weakness restricts the resources available for Russia to pursue its interests abroad, and it's also driving Russia to emphasize exporting and mineral resource extraction that can help drive the economy at home. The scale of this external activity, however, is still dwarfed by the Kremlin's massive internal investment programs, which will struggle to markedly improve the country's economic situation in 2020.

In 2020, Russia's Biggest Enemy Will Be Its Own Economic Stagnation is republished with the permission of Stratfor Worldview, a geopolitical intelligence and advisory firm.