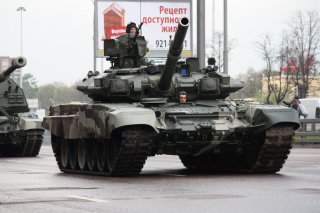 Will talks between Russia and Ukraine in Belarus work to pause or potentially even end the war in Ukraine? Much hangs in the balance, particularly the risk of significant numbers of refugees and civilian casualties.

According to a Pentagon press briefing on February 26, Russia is firing ballistic missiles into Ukraine. “I would also say that despite Russian claims to the contrary, we continue to see civilian infrastructure and residential areas impacted and damaged by these missile strikes.” The Pentagon official added that while it is unclear “whether those locations were intentionally targeted … there's no doubt in our mind that civilian infrastructure and residential areas are being hit as a result of these barrages.”

As of February 26, Russia has fired as many as 250 missiles, mostly consisting of short-range ballistic missiles, at various targets in Ukraine. It appears that Russia was attempting to cripple Ukraine’s command and control networks, transportation infrastructure, and weapons storage areas without necessarily unloading a barrage of heavy fire into urban areas. However, this has not had the intended impact, as Pentagon reports indicate that the Ukrainian resistance is stronger than Russia may have anticipated.

According to the Pentagon, Russian attacks on command-and-control networks and other cyber attacks have not shut down the internet in Ukraine. A senior Pentagon official said that there have only been “intermittent outages” to Ukraine’s computer systems.

While very few tactical details are available for understandable security reasons, the strength and unexpected success of Ukraine’s defenses seem to suggest that their weapons systems are still operating effectively. And while Russia effectively used cyber attacks during its 2014 invasion of Crimea, Russia reportedly did not use large-scale cyber attacks at the beginning of last week’s invasion.

Will Russia escalate? It certainly seems to be a troubling possibility, particularly if the initial military plan is not succeeding. This could lead to much more damage to Ukraine’s cities and civilian population.