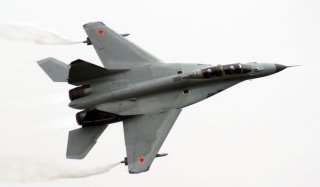 Key point: Given the considerable improvements that it inherits from prior variants, it is difficult to see how the MiG-35 revolutionizes Russia’s aircraft roster.

Mark Episkopos is a frequent contributor to The National Interest and serves as research assistant at the Center for the National Interest. Mark is also a PhD student in History at American University. (This first appeared in May 2019.)