Russia's New Armata T-14 Tank: How Worried Should the Army Be? 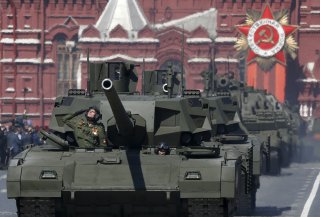