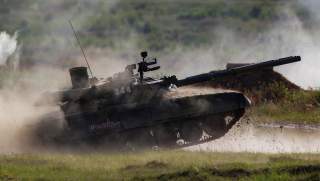 Key Point: Rotating tanks in and out of the firing line, rapid fire shooting and switching between alternate firing positions have been standard practice since World War II (the Russians would have learned this the hard way at the hands of the Germans).

This article first appeared in July 2018. It is being republished due to reader interest.