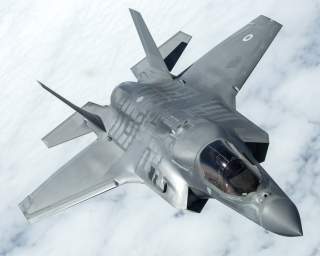 S-300 surface-to-air missile systems are now active in Syria, according to images captured by an Israeli Eros-B satellite.

“Three erected s-300 launchers observed by the ISI (ImageSat International) for the first time since arriving from Russia and deploying in Masyaf (October 2018). Out of a total of four, one launcher is covered by a camouflage net,” reads a caption accompanying the image. The caption adds, “due to the current regional tension, and the detected erection of the launchers, it is possible that the mentioned activity indicates increase of the operational level and alertness”. It is worth noting that the fourth, camouflaged S-300 cannot be clearly made out from the provided image.

This development is hardly a surprise, as the Kremlin quite publicly transferred these S-300’s to Syria in response to Israel’s involvement in the downing of a Russian reconnaissance plane last year. However, it does beg two questions of timing: why did Russia take so long to deploy these systems, and why now? The easiest, most immediate answer is that Syrian forces had to be trained in how to operate the S-300. However, a more profound factor may be at play: Moscow’s strategic caution.

Russia’s S-300 transfer to Syria was, first and foremost, a deconfliction measure; as Russia Defense Minister Sergei Shoigu put it, "We are convinced that these measures will cool down the 'hot heads' and keep them from ill-conceived actions threatening our troops." Russian strategic command may have hoped to deter further Israeli air strikes with the threat of inactive S-300’s being stockpiled in Syria, without having to take the added escalatory risk of deploying them.

Any such hopes were dashed with the most recent wave of Israeli bombing runs against Iranian targets at Damascus International Airport, which may well have been the final straw pushing the Kremlin to deploy the S-300’s only a few weeks later. Further compounding Russia’s military predicament, Israeli damage reports indicate that Russian-made Pantsir S1 and Buk-M2E air defense systems underperformed in fending off Israeli F-16’s; the Israelis even released several clips of Pantsir S1’s being allegedly struck during IDF (Israeli Defense Force) airstrikes.

The S-300 PMU-2, which can track up to thirty-six aerial targets and engage six at a range of two-hundred kilometers, is vastly more formidable than its Pantsir and Buk counterparts. The PMU-2 is an export-oriented “deep modernization” of the original S-300, capable of intercepting a wider range of projectiles including MRBM’s (medium-range ballistic missiles).

Given how much trouble the S-300’s predecessor, the S-200, has given the Israeli air force in the recent past, operational S-300 batteries should pose a serious potential threat to IDF aircraft operating within western Syrian airspace where the Assad regime’s government forces are heavily concentrated. Russia has already deployed two even more advanced S-400 systems in Northwest Syria, but these are domestic (not export) models stationed for the sole purpose of protecting Russian assets. By comparison, these S-300’s pose a much greater tactical threat to the IDF because they will be operated directly by the Syrian Army.

Whereas the Russians have expressed a desire to work with Israel in managing the Syrian crisis, Russian Ambassador to Israel Anatoly Viktorov tells Russian state news the Israelis are concerned that the Syrian army will not prove nearly as restrained in their use of the S-300: “Most of all, the Israelis are worried about the prospect of handing over control over the systems to the Syrian military.”

The recent S-300 deployments may prove to be a source of Russian leverage against Israel in Syrian deconfliction negotiations, to be held in Moscow later this month.