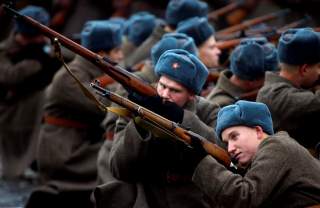 Key point: Russian infantry weapons have a reputation for reliability, but ammunition problems have been associated with failures.

Russian infantry weapons have a reputation for reliability. The AK and PKM are renowned for enduring through adverse conditions, powered by their powerful long-stroke piston actions. However, a recent report by warhead.su suggests that when these weapons do fail in Russian service, the problem is often not in their design, but rather in the Russian ammunition they fire. This is not a new phenomenon. Russian imported ammunition to the United States has always been regarded as “budget” brands, with inconsistent quality. But apparently, the same problems apply to Russian military ammunition.

Charlie Gao studied political and computer science at Grinnell College and is a frequent commentator on defense and national-security issues. This first appeared in 2018.