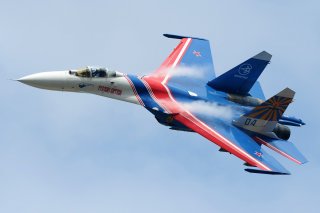 Key point: Sukhoi designed the Flanker with the capabilities of the F-15 Eagle firmly in mind

The Su-27 was the last of the major fourth-generation fighters to enter service, and has proven an exceedingly successful design. Big enough and powerful enough to sustain a number of modifications and improvements, the Flanker should continue to see service (and even production) for quite some time. This is especially true given the uncertainty associated with the future of the Su-57 the fifth-generation stealth fighter intended to replace both the MiG-29 and the Su-27.