Russia's Su-57 Is a Fifth-Generation Stealth Fighter, but How Good Is It Really? 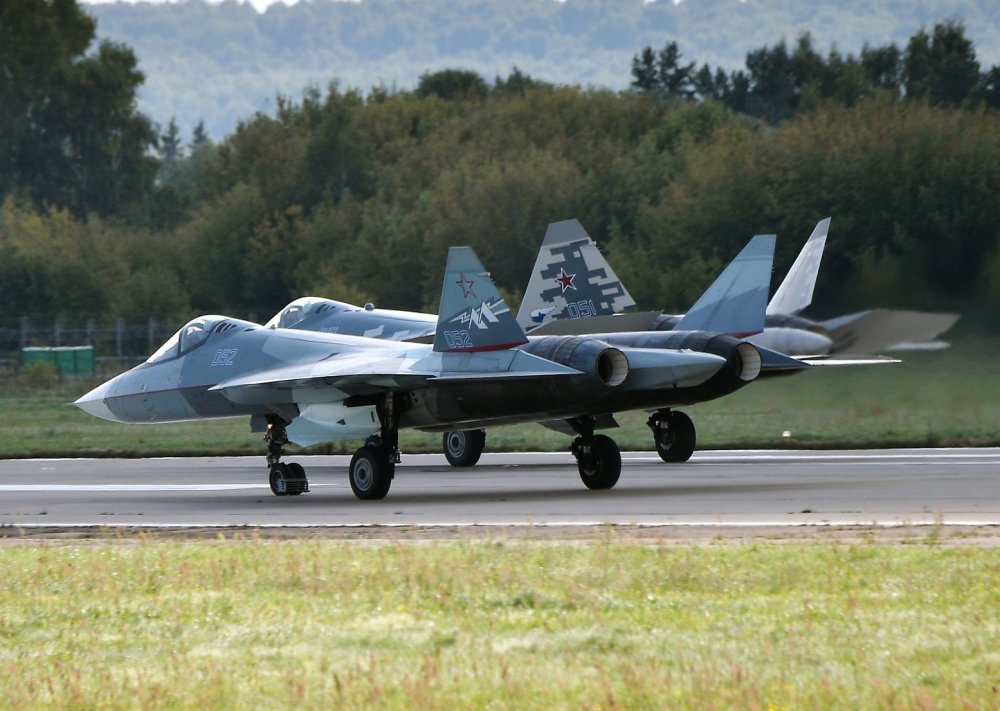 Key point: Moscow's Su-57 is impressive, but it is also very expensive. Without more money in Russia's coffers, or more foreign customers, Moscow will have a hard time producing the Su-57 in bulk.

Is Russia’s fifth-generation stealth fighter on the verge of deployment readiness? The manufacturer seems to think so.

In a recent interview with one of Russia’s leading state news agencies, United Aircraft Corporation (UAC) President Yuri Slyusar announced that the first, serially produced Su-57 units will be transferred to the Russian Aerospace Forces (VKS) by the end of 2019.

“During the Army 2018 exhibition, we signed two contracts with the Ministry of Defense for the delivery of the fifth-generation Su-57 fighter and multifunctional Mig-35 system. The serially produced Su-57 will enter the VKS this year,” Slyusar told Ria Novosti last week. He went on to say that a total of fifteen Su-57’s will be delivered to the Russian military “in the near future.”

Slyusar’s announcement comes on the heels of much more pessimistic forecasts by western analysts that the Su-57 should not be expected to enter serial production until 2027 at the earliest.

It should be noted that this news, unlike many past reports citing anonymous sources within the Russian military-industrial-complex, comes from an on-the-record interview with a major outlet. The fact that Slyusar is willing to put his name behind this production timeline suggests a degree of newfound confidence in the Su-57 program.

Still, a few key details remain unclear. First, the term “serial” is more complicated than it appears. The Su-57 was designed to be built with the powerful Saturn Izdeliye 30 engine, but cost and quality-control concerns forced Russian engineers to manufacture initial prototype models with the older, weaker Al-41. Slyusar did not specify whether this first model or the upcoming fifteen upcoming units will ship with the Izdeliye 30.

Only time will tell if the Izdeliye 30-- a necessary component for the Su-57 to be able to fly at supersonic speeds (supercruise) without the use of stealth-compromising afterburners-- will be ready for production by the manufacturer’s estimate of 2019. There is, after all, a precedent for deploying flagship fighters with stopgap components. Most recently, the Chinese air force accepted their first batch of J-20 fighters with comparatively inferior WS-10B engines while they work to resolve technical problems with the more powerful WS-15.

Secondly, it remains unknown how, or if, the UAC has cleared what is by far the Su-57’s biggest hurdle: unsustainable costs.

The financial problems came to a head in early 2018, when India withdrew from a joint Su-57 production program with Russia and began planning their own, domestically-produced fifth-generation fighter. The Kremlin has been trying to re-sell New Delhi on the Su-57 project ever since. The most recent pitch comes from Deputy Chief of the Federal Service of Military-Technical Cooperation Anatoliy Pinchuk: ”Russia, as always, is open to cooperation. We are ready to renew talks, in light of the results that Russia has independently achieved in developing and manufacturing its fifth-generation Su-57 fighter.”

Even in the optimistic view that the Russian military has the necessary funds to produce all of its fifteen Su-57’s on schedule, a major investor like India can prove vital to the financial solvency of the Su-57 platform for decades to come. Building a few showpiece Su-57’s is relatively easy, but also militarily inconsequential. The Su-57 will only be adopted as Russia’s flagship air superiority fighter if it can be mass-produced through an affordable, reliable production process.

This article first appeared in February 2019. It is being republished due to reader interest.