Russia's Su-57 Fighter Is All Hype 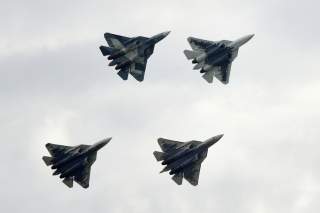 Key point: Russia's Su-57 might be a media star. But it's on track to play no meaningful role in Moscow's military strategy.

The Russian government tried to spin the decision to curtail the Su-57 effort. “You know that today the Su-57 is considered to be one of the best aircraft produced in the world,” Yuri  , Russia’s deputy defense minister, told a T.V. audience in July 2018. “Consequently, it does not make sense to speed up work on mass-producing the fifth-generation aircraft.”