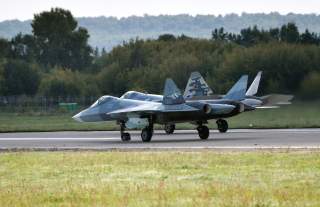 Key point: Moscow really wants its Su-57 ready for any contingency, but the plane lacks certain key features. In fact, it is still unsure if Russia can begin to produce its vaunted stealth fighter in large numbers.