Russia's T-80 Tank: One Giant Mistake Or a Real Killer? 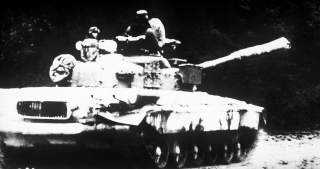