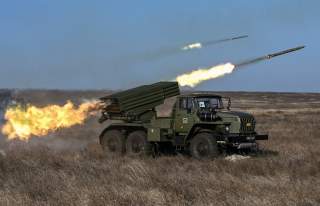 Joseph Nye’s recent article on a declining Russia provided a stark outline of a country in decline in terms of economics, demography and global influence. According to Nye, Russia can only be an international spoiler but should nevertheless be taken seriously because it remains a significant nuclear power and because declining powers tend to be less risk-averse. However the evidence suggests Nye’s narrow characterisation of Russia as a declining power is problematic.

Russia has the capability and demonstrated intent to do more than just play a spoiling role in international politics. And it represents a genuine and profound threat not just to the US but also to the global order.

Russia is now playing from a different rule book to the one that shaped the Cold War period of great-power rivalry. In addition, today’s geopolitical and geoeconomic conditions create a fertile environment for Russia to assume the role of disrupter on a grand scale. Moscow has already shown that it’s adept at deploying disruptive strategies to undermine those countries it sees as adversaries.

Clearly, Russia is confronting a number of domestic challenges—a shrinking population, weak institutions, a corrupt political elite, pervasive nepotism and patronage networks, unaccountable security services and limited rule of law. But the country also continues to benefit from significant natural resources and a highly skilled and educated workforce and is proving remarkably resilient given the challenges it faces (many of which are self-inflicted).

Despite a deteriorating global economic outlook, fluctuating oil and gas prices, and the impact of sanctions on the Russian economy, real GDP growth in Russia exceeded expectations in 2018, reaching 2.3%. While this performance was largely attributed to one-off effects of energy construction and Russia’s hosting of the FIFA World Cup, growth projections of up to 1.8% over the next three years suggest that the Russian economy remains relatively robust.

Russia’s economy has moved up global rankings when assessed in terms of purchasing power parity, and now ranks sixth, ahead of France, the United Kingdom and Brazil. The World Bank has assessed that Russia is well positioned to respond to external economic volatility and absorb external shocks due to its relatively high levels of international reserves, relatively low external debt and flexible exchange rate regime.

Russia also maintains conventional military capabilities that would challenge even the US military. While some assessments put Russia’s annual defence expenditure at US$64 billion (placing it sixth globally), other analysis places it in the US$150–180 billion range (ranking it third) based on purchasing power parity. Moscow also spends about half of its defence budget on research and development, procurement and repair. And with conscripts making up around a third of its defence forces, Russia also spends a lot less maintaining its armed forces than its Western counterparts.

A comprehensive RAND Corporation assessment tracked substantial improvements across Russian defence platforms and personnel, and concluded that while Russian capabilities are still undergoing a transition, they have improved to the point that a ‘hypothetical … strike [by Russia] against the Baltic states or other US NATO allies would pose a serious challenge to NATO’.

Moscow is pursuing a pragmatic strategic policy that is effectively filling the void created by the US’s increasingly erratic approach to international affairs and also exploiting volatile global political and economic conditions. Russia has embarked on a broader and more active role across the Middle East that is clearly designed to undercut the interests of the US and Europe in the region. In recent years, Russia has reasserted its military dominance of the littoral Black Sea region, and is carving out influence across Africa, again at the expense of the US and Europe.

Importantly, Russia’s improving conventional military capabilities and renewed strategic reach are potentially of less consequence to its ability to exercise de facto ‘great power’ influence globally than its demonstrated capacity to deploy ‘new-generation warfare’ to advance its strategic and foreign policy objectives at the expense of its global rivals.

Moscow has moved its military calculus away from deploying force to physically destroy its enemies to a strategy of engaging in information and influence operations to undermine its adversaries. This doctrine is based on the idea that ‘new-generation wars are to be dominated by information and psychological warfare … [that] reduce the necessity for deploying hard military power to the minimum necessary, making the opponent’s military and civil population support the attacker to the detriment of their own government and country’.

Russia is an innovator in this area and has sought to redefine the rules of global politics by deploying what are best defined as strategic information assets that are low cost but high impact. Russia’s embrace of ‘new-generation warfare’ also reflects a foreign policy that emphasises disruptive strategies focused on ‘interference in political processes, economic and energy exploitation (particularly in Africa), espionage, and media and propaganda manipulation intended to create social discord and undermine legitimate democratic processes’.

And in this context, the danger that Russia poses to liberal democratic states and the rules-based global order becomes clear. Yale professor Timothy Snyder distilled Russia’s foreign policy down to the principle of strategic relativism, which stipulates that Russia can become stronger only by making other countries weaker or more like Russia.

Moscow actively seeks to undermine democratic countries because the mere fact of their existence poses a security challenge to the Kremlin: functioning democracies prove to the Russian population that there are actually alternative models to the corrupt autocratic regime imposed upon them by Moscow.

Unfortunately for those tasked with developing a strategic approach to Russia, the Kremlin’s efforts to subvert or suborn democratic processes in a number of countries—ranging from the US and the UK to Madagascar, Macedonia and Montenegro—are both persistent and effective. These tactics, when interpreted through Snyder’s concept of strategic relativism, highlight the challenges posed by Russia’s undeclared ‘new-generation war’ on the West.

The true strength of Russia’s position is that the Kremlin has long understood how to manipulate people and populations and also that a country doesn’t have to be the strongest, richest or most popular to be a key player in global politics. If Russia is actually in decline, then its doctrine of strategic relativism means it intends to take much of the rest of the world with it.

Connor Dilleen has worked for the Department of Foreign Affairs and Trade and the Office of National Assessments. He currently works for Australia’s privacy regulator. This post represents the author’s personal views and does not necessarily reflect the views of the Australian government.