Russia's 'White Swan' Was The Largest Heavy Bomber Ever Built 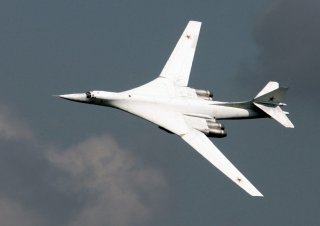 Key point: The entire plane is coated in a brilliantly white reflective coating to protect the crew from a nuclear explosion's thermal energy.

Caleb Larson is a Defense Writer with The National Interest. He holds a Master of Public Policy and covers U.S. and Russian security, European defense issues, and German politics and culture. This article appeared last month.