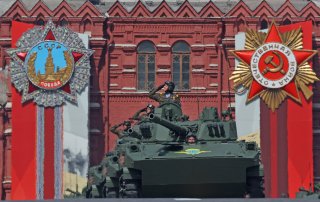 The crisis in and over Ukraine, which is deeply rooted in conflicting societal perceptions of NATO’s expansion and the Westernization of Ukraine, is now increasingly sliding into an actual major societal confrontation. The three main actors—Russia, Ukraine, and the West—are pursuing victory by impacting all three societies, aiming to undermine adversaries and mobilize their citizens and those of their allies. Due to Russia’s failure to secure its aims and the West’s mobilization to support Ukraine and weaken Russia, the conflict has been transformed into an open-ended, large-scale war of attrition, in which all sides have fielded a full arsenal of tools beyond kinetic force, ranging from economic sanctions to religion. What began as a local and limited affair has increasingly escalated, spiraling into a "total war” with global ramifications.

Intimidation has been central to Russia's strategy for subduing Ukraine and keeping the West at bay. Wielding the ultimate societal threat—nuclear escalation—Russia has succeeded in keeping Western boots off the ground. But unlike during the annexation of Crimea, Western passivity did not follow. Surprising the Russians and perhaps even themselves, anxiety, indignation, and moral outrage have motivated Western unity and solidarity in support of Ukraine, even at significant costs. Western societies' dependence on Russian energy has indeed dampened their economic warfare in the short run, but it has led Western players to adopt long-term strategies to uncouple their societies from future economic vulnerability.

Domestically, Putin has pulled no punches, aiming initially to control and subsequently to mobilize Russian society. At first, he effectively pursued acquiescence through the aggressive control of information, messaging and social agitation, and suppression of protests. But as the war has dragged on, it has become imperative for Russia to find ways to mobilize society in the face of growing economic hardship, mounting casualties, a stuttering military campaign, and signs of unrest, such as the emigration of elites. The response to Western retaliatory measures has been to reframe the conflict, transforming it from a short “special military operation” to save misguided brethren kin into a full-fledged World War II-liked patriotic defensive war against a multi-dimensional Western assault on Russia, its great power status, welfare, and culture. This framing has been reinforced by invoking a powerful religious rationale for the war, with Russian forces portrayed as doing God’s bidding in pushing back against Western values.

Perhaps the most pernicious aspects of Putin's total socialization of war have been the invocation of “de-Nazification” as the central frame for the campaign and the general weaponization and rewriting of recurrent themes in Russian history. These are so worrisome because they are used not only to justify the initiation of the war (a "preventive operation”) and the sacrifices it has exacted, but also to build the case for digging in for the long haul. Such framing leaves little political room for de-escalation or accommodation by Putin, and the relative success of the domestic propaganda machine in monopolizing public discourse along these lines would encumber any possible successor should one emerge. In sum, Putin has framed the war through extreme narratives that have ratcheted the confrontation to the point where there may simply be no safe offramp, even if Putin were to now seek one.

Ukraine, for its part, has responded to the existential threat it faces by energetically—and skillfully—endeavoring to impact all three societies. Domestically, demonstrating compassion and resolve, Zelensky has consistently reassured Ukrainians, while leveraging patriotic identity to induce hate and rage to enhance resistance. Appealing to Russian society, Ukraine has tapped identity in a second direction: invoking “brotherhood” to undermine support for “fratricide,” exposing the suffering of Russian soldiers, and exploiting familial ties and networks to penetrate Russian censorship to reach families with messages of empathy. It has also encouraged Ukrainian cyber attacks against Russian state institutions. Turning to the West, Zelensky has rhetorically integrated Ukraine into the Western collective identity, pushing powerful emotional buttons: virtuous good versus unconscionable evil; courageous David versus an incompetent, demonic Goliath; and strengthening the West's framing of the conflict as a battle for democracy.

The West has similarly focused on a multi-pronged societal impact. Going well beyond the supply of intelligence and large quantities of increasingly sophisticated military hardware to Ukraine, the West has acted to reassure Ukrainian society of its solidarity and provide it with massive financial and humanitarian assistance. Endeavoring intensely to turn Russian society and elites against Putin and “his war,” the West has applied unprecedented economic sanctions against Russia, especially against its elites, and dealt diplomatic and cultural blows to national symbols. In parallel, Western leaders have endeavored to maintain domestic societal support for these efforts by exposing Russian atrocities, framing the war in value terms, and shielding their societies from the most painful costs of isolating Russia. While successful in their efforts vis-à-vis their own and Ukrainian societies, there is evidence of mostly counterproductive effects in Russia. Instead of weakening resolve and creating fissures, these moves have had a unifying effect, bolstering Putin’s escalatory narrative of fighting a total war in defense of Russia.

Indeed, the West has joined Russia's escalatory spiral in recent weeks. Going beyond the original definition of intent—to help blunt Russian aggression and reaffirm Ukrainian sovereignty—Western rhetoric has morphed the conflict into an effort to defend democracy from rogue autocracy, with a concept of winning predicated on humbling Russian ambitions, weakening Russia to render future aggression unthinkable, and dissuading China from emulating the Russian precedent. This plants a tall tree for Western leaders to climb down. And in a perfect spiral, this Western framing further helps Russian leadership mobilize its society to replay World War II and motivates China to deliver on its “partnership that knows no boundaries” with Russia.

Noble and well-intentioned as they are, Western actions to save Ukraine and stabilize European security have, perhaps unwittingly, done their part to fuel an escalatory spiral with Russia, creating a very tangible risk of locking this conflict into a protracted “total societal war.”  Left unchecked, this counterproductive and unintended dynamic should serve as a dire warning for other conflicts that manifest similar society-centric attributes. This societal dynamic is likely to escalate competition into direct conflict, leading to total and open-ended confrontations should overt friction arise. Foremost among them is the U.S.-China rivalry, which is already sliding into a society-centric confrontation, portrayed by China as a direct extension of the infamous century of colonial humiliation.

The Ukraine crisis and Western actions against Russia have only reinforced China’s determination to prevent such dynamics from recurring while righting “historical injustices,” such as Taiwan's independence, that capitalized on Chinese historical weaknesses. It has been painstakingly building its strategy and resources around an effort to prevent Western societal penetration and deny the West opportunities for economic leverage, while also gearing up to prosecute an all-out societal campaign against the West should the need arise. Beyond these superpower contests, societal clashes are evident between the United States, Israel, and Iran, and in the recurring challenges of non-state actors such as ISIS, Hezbollah, and Hamas.

Looking ahead, the implications of the vicious dynamics experienced in the Russo-Ukrainian War implore us to rethink strategy for conflict. In particular, leaders must consider the likely societal reactions to rhetoric and coercion, leveraged and amplified as they are by modern instruments of popular indoctrination and mobilization. Approaching conflict as a societal clash contextualizes and even marginalizes developments on the traditional military front, keeping wounds festering and occasionally re-erupting for decades, long after actual fighting eventually subsides.

Jonathan (Yoni) Shimshoni is a Research Affiliate at the MIT Security Studies Program.

Ariel (Eli) Levite is a Senior Fellow at the Carnegie Endowment of International Peace Technology and International Affairs program.