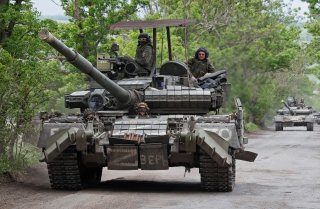 Ukraine’s fight against Russia has captured the world’s attention, yet even the most passionate supporters did not anticipate what could only be described as an “explosion” of continuous international support for Ukraine.

Perhaps the horror of Russian atrocities, the sheer aggression of attacking a sovereign nation unprovoked, or the willingness to target and kill children are among the many driving forces responsible for the global outpouring of sympathy.

The effort is by no means restricted to NATO, as a host of new countries are now stepping up to offer assistance, according to U.S. defense secretary Lloyd Austin, who recently led a multinational Ukraine Contact Group. Austin announced that Austria, Bosnia-Herzegovina, Columbia, Ireland, and Kosovo are among a group of new nations pledging to help Ukraine.

“We also heard from very welcome announcements this morning about even more security assistance for Ukraine,” Austin told reporters on May 23, 2022. “That includes some 20 countries that announced new security assistance packages, and many countries are donating critically needed artillery ammunition and coastal defense systems and tanks and other armored vehicles. Others came forward with new commitments for training Ukraine's forces and sustaining its military systems,” Austin said.

Among the many contributors, Austin emphasized Denmark’s decision to send harpoon launchers and missiles to defend the Ukrainian coastline. Clearly, as the sinking of the Moskva warship proved, Ukraine has had success firing anti-ship weapons against Russian warships in the Black Sea, and Ukrainian coastal forces are committed to preventing or stopping another Russian amphibious attack. Coastal attack weapons, particularly if supported by drones and longer-range anti-ship missiles, could prove useful when it comes to keeping Russian maritime forces at safter standoff distances.

Another interesting variable is the arrival of heavy armor. While Ukrainian defenders have had great success employing dispersed formations, ambush tactics, and hit-and-run operations against mechanized Russian armor units, the Ukrainians could also benefit from some heavy armor as well. This is particularly true in eastern Ukraine where there are more open plains and terrain hospitable to armored vehicles. More open areas can make things difficult for dismounted forces to use intersections, buildings, or uneven terrain to stage ambushes and surprise attacks before dispersing to avoid counterattack. These factors are likely why Austin praised the Czech Republic for its commitment to donate “attack helicopters, tanks and rocket systems.”

Should Ukrainian forces need to dislodge, stall, or stop advancing Russian armored units, tanks, such as Soviet-era T-72s, might prove impactful to their efforts. Yet the most critical piece of arriving weaponry is likely Ukraine’s U.S.- and NATO-supplied artillery, which enables Ukrainian defenders to slow down and attack advancing Russian units from standoff distances. Additionally, Austin’s mention of “rocket systems” appears significant as those are the kinds of weapons might allow Ukraine to target Russian missile launchers which have caused so much destruction against civilian areas within Ukraine.

“...[T]oday, several countries announced new donations of critically needed artillery systems and ammunition, including Italy, Greece, Norway and Poland. And let me also recognize the United Kingdom for its leading role in helping to coordinate security assistance and for the significant quantities of British equipment that continue to flow into Ukraine. I’m deeply grateful to these countries and to all the countries that have stood up today” Austin said.