Sanctions Are Hurting the West More Than Russia 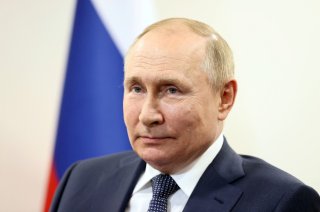 While Russia continues to pay a heavy military price for its cruel invasion of Ukraine, things look different on the economic front.

Despite repeated assurances from President Biden and other Western leaders that “the toughest economic sanctions in history” would cripple Russia’s economy and starve its war machine, that hasn’t happened. Russia’s current account, which measures global trade in goods and services, was strong in the second quarter of this year when its trade surplus rose to a record $70.1 billion. The ruble, too, has exhibited remarkable resiliency, ranking as the strongest performing currency so far this year, rising to its highest level against the euro since 2015 and making major gains against the dollar.

The economic picture isn’t as rosy for the countries sanctioning Russia. Europe is struggling to meet its energy needs, driving up inflation and forcing countries at the vanguard of the green movement to backpedal. Germany, for example, whose minister of economic affairs and climate action comes from the Green Party, was forced to reactivate seventeen coal-fired power plants it previously had shut down. President Biden, with inflation sitting at a forty-year high, recently begged Saudi Arabia’s leaders—a regime it had been shunning—to come to the rescue by pumping more crude to help bring down gas prices and ease the inflationary pressure high fuel prices are placing on other goods.

In short, it appears that the economic response to Russia’s unprovoked war seems to be taking a greater toll on the rest of the world than on Russia itself.

Western leaders should have learned by now to take two factors into account when placing sanctions on a dictator: the moral case and the likely social and economic consequences.

There was clearly tension between the two in this instance. The moral case called for isolating Russia’s economy as much as possible. But, given the existing supply and demand imbalances that became apparent as the world emerged from the pandemic—and rising inflation—the socioeconomic calculator should have pointed to a sanctions regime that would avoid exacerbating the problems (if that is even possible).

That’s not what happened. The combination of sanctions and war disrupted energy and grain supplies, creating an economic opportunity that Russia has exploited. Indeed, according to the Helsinki-based Center for Energy and Clean Air, Moscow earned $100 billion in revenue from oil, gas, and coal sales in the first three months of the war alone.

While the Biden administration was drawing down the Strategic Petroleum Reserve to increase available supplies and lower gasoline prices—plunging America’s emergency reserve to its lowest level since the mid-1980s—Russia’s oil exports had bounced back to pre-war levels by May.

Europe, meanwhile, which imported 40 percent of its natural gas from Russia last year, is now facing the double-whammy of severe shortages due to dwindling Russian imports and higher inflation fueled in part by energy prices. This could lead to a long, cold winter when the demand for energy explodes at the same time Europe is set to stop importing seaborne petroleum from Russia, as a European Union (EU) regulation introduced in June requires. Things could get even worse if Russia decides to cut off natural gas exports to Europe through pipelines, which is temporarily allowed under the EU edict.

The big picture can be seen in the numbers. In February, when Russia invaded Ukraine, the Federal Reserve’s global commodity price index stood at 203; by the end of June, it was 227, a 12 percent increase. Instead of starving Russia’s war machine, commodity price increases have strengthened Russia’s finances.

The idea was for the West to help Ukraine win the war or at least make it extremely costly for Russia to continue its imperialist aggression. While militarily the jury is still out, economically Russia has not suffered by any stretch of the imagination.

Alvaro Vargas Llosa is a Senior Fellow of The Center on Global Prosperity at the Independent Institute.