Sanctuary Cities For Guns? This Utah County Is Trying It Out. 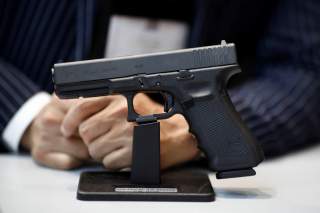 A county in Utah has shot down the idea of more gun control by becoming the first county in the state to declare itself a Second Amendment sanctuary.

The three-member Uintah County Commission voted unanimously to pass an ordinance making the county a stronghold that refuses to comply with federal or state laws on firearms that county leaders deem unconstitutional.

“What’s going on in Virginia, it’s very unsettling, especially to those of us in rural America,” Stringer said in a phone interview.

Michigan’s Lapeer County joined the movement Jan. 30,the day after Uintah County did. More than 400 municipalities nationwide have done so in the past year, including 130 in Virginia, according to the Virginia Citizens Defense League.

Stringer and other commission members say Uintah County’s ordinance will protect residents from laws that ban or limit possession of firearms and accessories, taxes or fees specific to firearms, and registration or tracking of firearms and firearm owners.

Uintah County, in the northeast corner of Utah, is about 190 miles east of Salt Lake City. It is the largest producer of natural gas in the state, with a population of 32,588 at the time of  the 2010 census.

The Supreme Court has held that the Second Amendment protects the right of law-abiding Americans to keep and bear arms that are commonly used for lawful purposes.

Advocates for Second Amendment sanctuaries argue that their actions aim to uphold the Constitution. State or federal laws that impede gun rights don’t align with the Constitution and therefore don’t require their adherence, they say.

“That type of reaction is an indication of a concerned citizenry,” said Amy Swearer, a senior legal policy analyst in The Heritage Foundation’s Meese Center for Legal and Judicial Studies who writes about the Second Amendment. “In other states with strict gun controls, such as New Jersey and California, compliance rates have been low.”

Although state governments can pass gun control legislation, it falls mostly on localities to enforce such laws.

The Uintah County ordinance excludes felons or individuals prohibited from owning a gun. It also won’t change the prosecution of crimes in which the offender used a firearm.

County employees who try to enforce laws that the ordinance defines will be subject to being charged with a class B misdemeanor.

Jurisdictions that stand up for the Second Amendment arose as a trend years after the a growing number of so-called sanctuary cities decided to refuse to cooperate with enforcement of federal immigration laws, supposedly to protect illegal immigrants.

Utah isn’t in the same condition as Virginia yet regarding gun rights, Stringer said, but the Uintah County Commission sees the parallel in which urban areas are becoming the majority and soon impose their will on the rest of the state.

Stringer said he lived in Virginia when he was younger, and he said he never would have believed either state would pass strict gun controls.

He said he observed in Virginia that as the population grew and the political center of gravity moved to Northern Virginia, the larger, more liberal electorate began to decide what the rest of the state would do.

Stringer said that other Utah county governments have contacted him for copies of the ordinance as they are considering passing similar resolutions.

“In a time where it’s mixed up and not everyone understands what’s going on in Congress, we know what the Second Amendment says and we are going to be true to that,” Stringer said.