Saudi Arabia Is Not Prepared To Play Nice With Iran 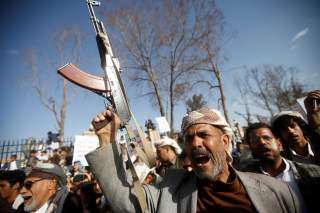 Key point: Saudi Arabia wants to roll back Iranian influence in the Middle East, by any means necessary.

On July 9, 2016, Prince Turki bin Faisal, former Saudi intelligence head, unprecedentedly attended a rally for the notorious Iranian opposition group Mujahedeen Khalq (MEK) and called for the overthrow of the Islamic Republic of Iran. His remarks were immediately followed on July 30 by a meeting between the head of the MEK, Maryam Rajavi, and the president of the Palestinian Authority, Mahmoud Abbas, in Paris. Earlier before, in late March, the Kurdistan Democratic Party of Iran (KDPI), which has not taken up arms against Iran for roughly twenty years, suddenly waged a vicious insurgency against Tehran, leading to bloody skirmishes between the Islamic Revolutionary Guard Corps and Iranian Kurdish peshmerga in northwestern Iran. These sequential events herald a new era in confrontation between Tehran and Riyadh.