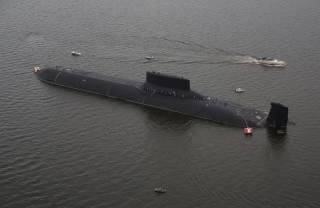 In October 2019, Russia engaged in what was apparently its largest announced strategic nuclear strike exercise in its history, Thunder (Grom)–2019. The exercise had many of the usual features of Russian large strategic nuclear exercises: personal involvement by the President of Russia Vladimir Putin in authorizing simulated nuclear strikes; a reported escalation scenario with Russian first use of nuclear weapons; large numbers of live nuclear missile launches; and a reported ending of a massive Russian nuclear strike.[1] As usual, Russian strategic air defenses also played a role in Thunder-2019.[2] The Russian Defense Ministry said that “The exercise was designed to test “the deployment and use of strategic forces against a threat of aggression.”[3] (Emphasis added). This is probably the most candid description of the content of a nuclear exercise since the Zapid-1999 exercise in which Russia, for the first time, announced nuclear first use.[4] The literal meaning of the statement “the deployment and use of strategic forces against a threat of aggression” is strategic nuclear preemption. Nuclear weapons’ use in an exercise against the “threat of aggression” is not deterrence or retaliation but pre-emptive first use. Russian Defense Minister General of the Army Sergei Shoigu stated that the exercise employed high-precision nuclear weapons. These were probably low-yield since few targets require high-precision, high-yield nuclear weapons.

The Thunder-2019 strategic nuclear exercise was reportedly the largest of its class.[5] The announced duration was three days rather than the usual one.[6] It continued the trend toward an increased number of live nuclear missile launches.[7] This was the first large nuclear exercise in which there were intermediate-range Kalibr cruise missiles and 9M729 nuclear-capable cruise missile launches, which will be discussed below.[8] Neither the U.S. nor any NATO state has counterparts for these weapons, so there is little likelihood they were being used in response to the U.S. or NATO first use. Even if we had comparable weapons, the probability we would use them in a conventional war would be close to zero.

According to noted Russian journalist Alexander Golts, “We’re talking about rehearsing ways to conduct all-out nuclear war. Such a war will start with the use of non-strategic forces (cruise missiles) and end with a mass nuclear strike, which will mean the death of everything living on Planet Earth,” and there was no room for “misinterpretation” about this.[9] Setting aside his hyperbole about wiping out the human race (the savage Russian nuclear targeting in an all-out nuclear war could exterminate hundreds of millions of people, not billions), he is very perceptive.

Noted Russian journalist Pavel Felgenhauer observed while Russia stages a large strategic exercise every year, “The main difference this time, compared to earlier years, was the unprecedented level of public relations promotion of Grom 2019, reflecting the growing importance of nuclear deterrence in Russian internal and external policies.”[10] The amount of information released by the Russian Defense Ministry on the scope of the exercise was unprecedented. The Russian military also announced the details before the exercise, something that had never happened before.[11] The exercise involved the majority of Russian ICBM launchers.[12] This either never happened before or has happened but has never been revealed by the Russian government or in Russian press reports. It is unclear which of these alternatives is of greater concern.

According to Major General Yevgeny Ilyin at a Ministry of Defense briefing, the Grom-2019 exercises:

This is by far the most detailed description of a major strategic nuclear exercise made by the Russian Defense Ministry. Normally these exercises are not even given names in public announcements much less described in terms of an order of battle. While Russian Ministry of Defense public statements about Strategic Missile Force (RVSN) only exercises have occasionally stated the number of ICBM launchers involved, this has never been the case in the large nuclear exercises. The announced Strategic Missile Force component was over two-thirds of the estimate of about 300 deployed ICBMs.[14] Russia’s September 2019 New START Treaty data indicate Russia had 513 deployed ICBMs, SLBMs and heavy bombers.[15] According to the Russian statement quoted above, at least 250 ICBMs, SLBMs and heavy bombers participated in Thunder-2019.

On October 17th, the Russian Ministry of Defense announced that “…crews of Iskander operational-tactical missile complex launched of (sic!) cruise missiles at the training grounds of the Southern and Eastern Military Districts.”[16] A video released by the Russian Defense Ministry reportedly shows the launching of the SSC-8/9M729, the intermediate-range missile that violated the INF Treaty.[17]

The same day Thunder-2019 started, the Russian Defense Ministry announced, “Over 8,000 missile and artillery troops held a simultaneous live-fire exercise at 30 training ranges in Southern Russia.”[18] This was likely part of the Thunder-2019 exercise. It was probably announced as a separate exercise to evade the legal notification requirements relating to military exercises in Europe. The Iskander missiles (owned by the Missile and Artillery Force) were used in Thunder-2019.[19] Since the Missile and Artillery Force own a broader range of tactical nuclear weapons than announced for the exercise (including Close Range Missiles and nuclear artillery),[20] it is possible that a broader range of tactical nuclear weapons was used than was announced.

Even more ominous, Felgenhauer reported that “Practically all the RVSN intercontinental ballistic missiles (ICBM) involved in Grom 2019 mimicked going through their launch sequences.”[21] While this is the first time we have a detailed official order of battle for a Russian large strategic nuclear exercise, it seems consistent with the previous press reports that the Russian strategic nuclear exercises ended with a massive Russian nuclear strike.[22] For example, in the 2010 large strategic nuclear exercise, there was a Russian press report that Russia had “simulated hundreds of missile launches and, “Throughout the world, the mushroom clouds rose skyward.”[23]

The involvement of nuclear-capable non-strategic strike aircraft in the exercises is not clear. General Ilyin stated that 105 aircraft (100 of them were not strategic bombers but not otherwise identified) and 10 airbases were involved but provided no other detail.[24] Hence, there may have been the involvement of air-launched non-strategic nuclear weapons since this is one of Russia’s major nuclear assets.[25]

Of course, the ICBM and SLBM launches, real and simulated, were apparently targeted on the U.S. because of their range and because they are no longer really needed against peripheral targets due to Russian deployment of ground-launched and ship-launched cruise missiles. The nuclear cruise missile launches, based on the locations of the fleets involved, appear to have been mainly targeted on Europe. Actual launches in the Far East Military District and Kalibr launches from submarines and surface ships from the Pacific Ocean[26] were obviously targeted against Far Eastern facilities, possibly including Japan and South Korea, in light of the range of these missiles. Russian Tu-95 heavy bombers reportedly launched legacy Soviet Kh-55 nuclear-only long-range cruise missiles.[27] Since the launch was from the Arctic, they likely were simulating attacks against the U.S.[28]

The Russians announced that the exercise would involve weapons based on “new physical principles.”[29] What these are we do not know from open sources. The suggestion that this was a reference to hypersonic weapons does not make sense. First, weapons based on “other physical principles” is a term used in the former ABM Treaty to describe directed energy weapons. Secondly, Russia apparently did not have any operational naval hypersonic weapons at the time of the exercise. The only hypersonic missile known to be operational, the Kinzhal, was Air Force, not Navy, and the first launch of a Kinzhal from the Arctic didn’t happen until about six weeks after the Thunder-2019 exercise.[30] Moreover, in November 2019, President Putin characterized “weapons based on new principles of physics” as a different category from hypersonic missiles.[31] “New physical principles” weapons are clearly known unknowns.