Scientist: 480,000 People Could Die Due to Coronavirus, 48 Million Hospitalizations 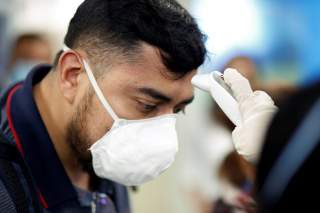 In the age of the internet and the decentralization of information, fewer people than ever get their news from traditional institutions, whether government or media. President Donald Trump’s public address last night to explain the coronavirus pandemic was widely covered by the media, but how many Americans actually watched?

The full address, which is less than ten minutes, was livestreamed to YouTube by the major media networks as Trump spoke. Fox News has the most views, 919,000, a number which is continuing to climb. They’re followed by NBC (759,000 views), CNN (600,000 views), ABC (229,000), and CBS (194,000). The combined total of America’s entire mainstream media covering a major address by the President of the United States is 2.7 million viewers on the largest video sharing platform.

In contrast, podcaster Joe Rogan having a fifteen-minute conversation with a public health scientist about the coronavirus has 10.4 million views on YouTube alone.

Rogan, host of The Joe Rogan Experience, is one of the most popular podcasters in the world. His interview show has over one hundred million downloads a month giving him broad-based popular audience not seen since the days of Walter Cronkite. He regularly speaks to comedians, UFC fighters, journalists, celebrities, and scientists.

In one of his recent shows, he spoke to Michael Osterholm, a public health scientist, biosecurity and infectious disease expert, and director of the Center for Infectious Disease Research and Policy at the University of Minnesota. It’s likely that Osterholm’s predictions will be more widely heard by the public than any coronavirus-related statement by Donald Trump or a CDC official.

“In terms of what hurt, pain, suffering, death has happened so far is really just beginning. This is going to unfold for months to come,” Osterholm told the former host of Fear Factor. “This is going to be at least ten to fifteen times worse than the worst seasonal flu a year we see.”

The predictions he put forward were apocalyptic. “We conservatively estimate that this could require 48 million hospitalizations, 96 million cases actually occurring, over 480,000 deaths that can occur over the next four to seven months with this situation.”

“I keep telling people we’re handling this like it’s a corona blizzard. Two to three days and we’re back to normal,” Osterholm explained. “This is a coronavirus winter. And we’re going to have the next six months or more that are going to be like this.”

Osterholm compared the coronavirus to influenza, because the disease transmits very easily through the air, and people are infectious before they ever display symptoms. He predicted that the United States may incur higher than average death rates because of our rates of obesity, which is a major risk factor.